LASD opens fire after chase ends in crash in Boyle Heights; 1 suspect in custody, another sought 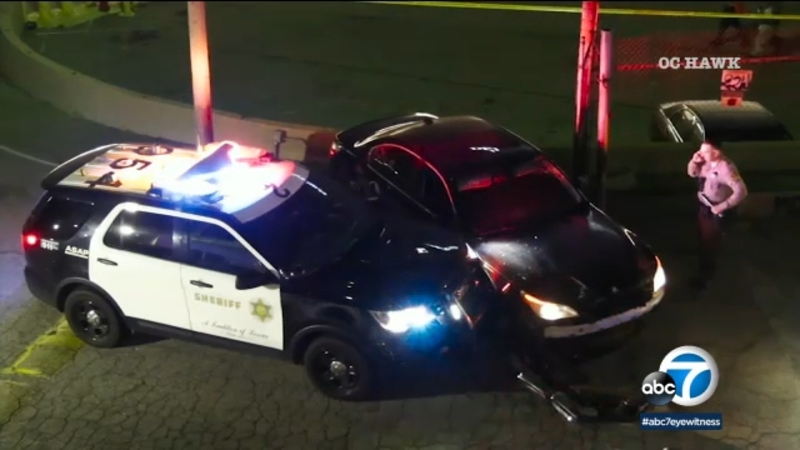 The shooting occurred at 11:32 p.m. in the 2550 block of Olympic Boulevard, according to Deputy David Yoo, a spokesperson for the Sheriff's Department. No one was struck by gunfire, and no deputies were injured.

The incident began as a vehicle chase of a suspect armed with a handgun, the LASD said.

News video from the scene of the crash showed the front end of a sheriff's patrol vehicle struck the passenger's side of the suspect's car. Apparent bullet holes were seen in a shattered window.

One person was taken into custody at the scene and another was being sought, authorities said. A description of the suspect who remained at large was not immediately available.