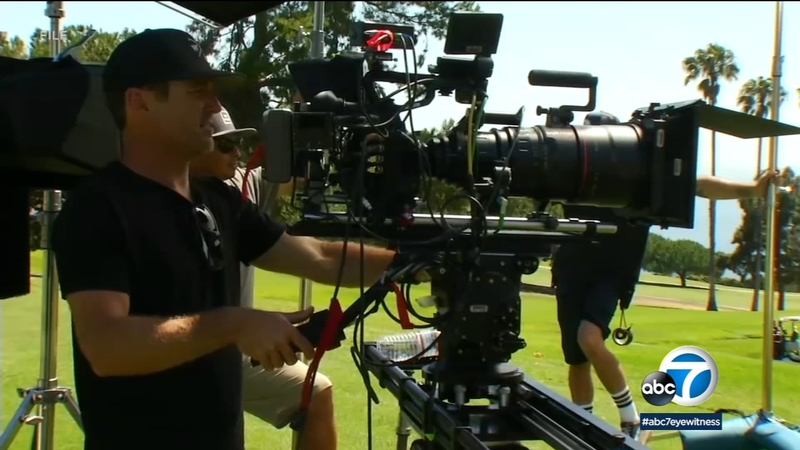 SIERRA MADRE, Calif. (KABC) -- The Sierra Madre Police Department has opened an investigation into allegations of forged signatures on a filming permit application for an upcoming miniseries.

After production crews showed up in January for a shoot at Alverno Heights Academy unannounced to neighbors, nearby homeowners grew upset. Sierra Madre city rules require production companies to get permission from at least half of all the neighbors affected by filming.

Kristin Stephens, who's battled against loud film shoots at the school for decades, says she asked the city to see the permit application filed by the production company.

When it arrived, she was stunned.

"I just thought, 'This just looks funny,'" Stephens said. "They're not individual like they normally are -- they're all written out in the same handwriting."

Another neighbor, Leesa Puleo, said her name was forged as well. So she and Stephens started polling people who lived along the border of the school.

"We asked the residents, 'Are these your signatures?' And every single one of those signatures -- there were 40 on the form -- all of them were not accurate," Puleo told Eyewitness News.

Actor Alec Baldwin said he believes lawsuits filed in the wake of the fatal shooting on the "Rust" film set have been directed toward people with more money, not necessarily those who were potentially negligent.

The shoot in question was for a Paramount project called "The Offer," a miniseries revolving around the making of "The Godfather" film trilogy.

The permitting process was farmed out to a different company called Stanley Productions, which says it then hired another company to collect the signatures.

"We're looking into this matter with the vendor that obtained the signatures in question," wrote Dave Stanley in an email to Eyewitness News. Sierra Madre police are doing the same, opening an investigation into the allegedly fake signatures.

Stephens, who has lived across the street from Alverno for more than 30 years, says she's been dealing with health problems related to noise from the school and production shoots for at least the last two decades.

Alverno has become a popular filming location, accounting for the vast majority of of Sierra Madre's production shoots. Stephens says productions at Alverno that have filled her home with the sounds of idling diesel trucks and set construction at all hours of the day and night.

"Twenty films in 52 weeks?" Stephens asked in frustration. "There was one in 2019 for six months, 'til 3 in the morning. How is this possible?

Alverno's head of school, Julia Fanara , said the school does its best to keep filming noise down, but uses to the income from movie shoots to keep the K-12 school up and running.

"It does help to offset the costs for the school so we can offer financial aid," Fanaro explained. "We do our best to be good neighbors."