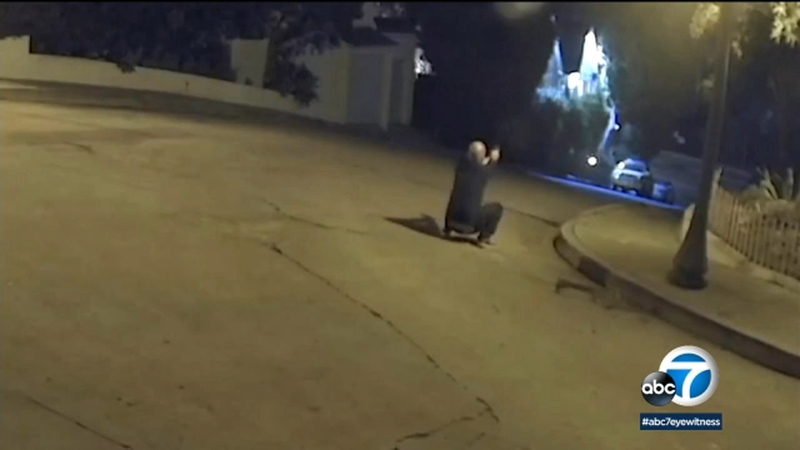 Surveillance video showed a burgundy colored vehicle pulling up to the intersection of Kenilworth Avenue and Hawick Street just before 2 a.m. Sunday.

The driver shut off its lights and moments later a passenger gets out of the vehicle, crouched down and fired four shots.

"Our bedroom is right there. I don't think the walls will stop a bullet...it's concerning," said Guillermo Bordarampe of Silver Lake. "The neighbor across the street was able to collect three casings...looked like a 9mm casing," said Bordarampe.

Los Angeles police said no one was shot and there were no reports of any injuries. It was unknown why the man was shooting.

One neighbor said he heard gunshots in the distance while walking with his wife a few hours earlier and wondered if it was the same person.