Gene Evin Atkins appears in court on charges related to a shooting, chase and deadly shootout with police at the Trader Joe's in Silver Lake.

LOS ANGELES (KABC) -- The man who allegedly shot his grandmother and fired at police during a chase that ended in a deadly shootout and standoff at a Silver Lake Trader Joe's has been charged with murder.

The Los Angeles County District Attorney's office said Tuesday that Gene Evin Atkins, 28, was charged with a total of 31 counts.

Atkins appeared in court briefly Tuesday and agreed to a rescheduling of his arraignment to Aug. 14. Bail was set at $18.775 million

The charges included: One count each of murder; kidnapping; fleeing a pursuing peace officer's motor vehicle while driving recklessly; grand theft of an automobile; driving or taking a vehicle without consent; discharge of a firearm with gross negligence; shooting at an occupied motor vehicle; and assault with a firearm.

Atkins was charged with the murder of Melyda Maricela Corado, 27, the manager of the Trader Joe's store. Corado was struck once by gunfire from an officer who was firing back at Atkins, who fired at police at the end of a chase outside Trader Joe's, LAPD Chief Michel Moore said.

Prosecutors said Atkins is being charged with murder under a legal rule that his actions set into motion a series of events leading to Corado being killed.

Prosecutors have recommended that bail be set at $18.7 million. If convicted as charged, Atkins faces a possible maximum sentence of life in prison.

Moore said Corado had run to the front of the store with others at the time of the crash and was near Atkins when she was shot by police.

Moore said Atkins earlier shot and wounded his 76-year-old grandmother at their South Los Angeles home and fled in a car, taking with him a 17-year-old girl, believed to be his girlfriend, who was grazed by a bullet. 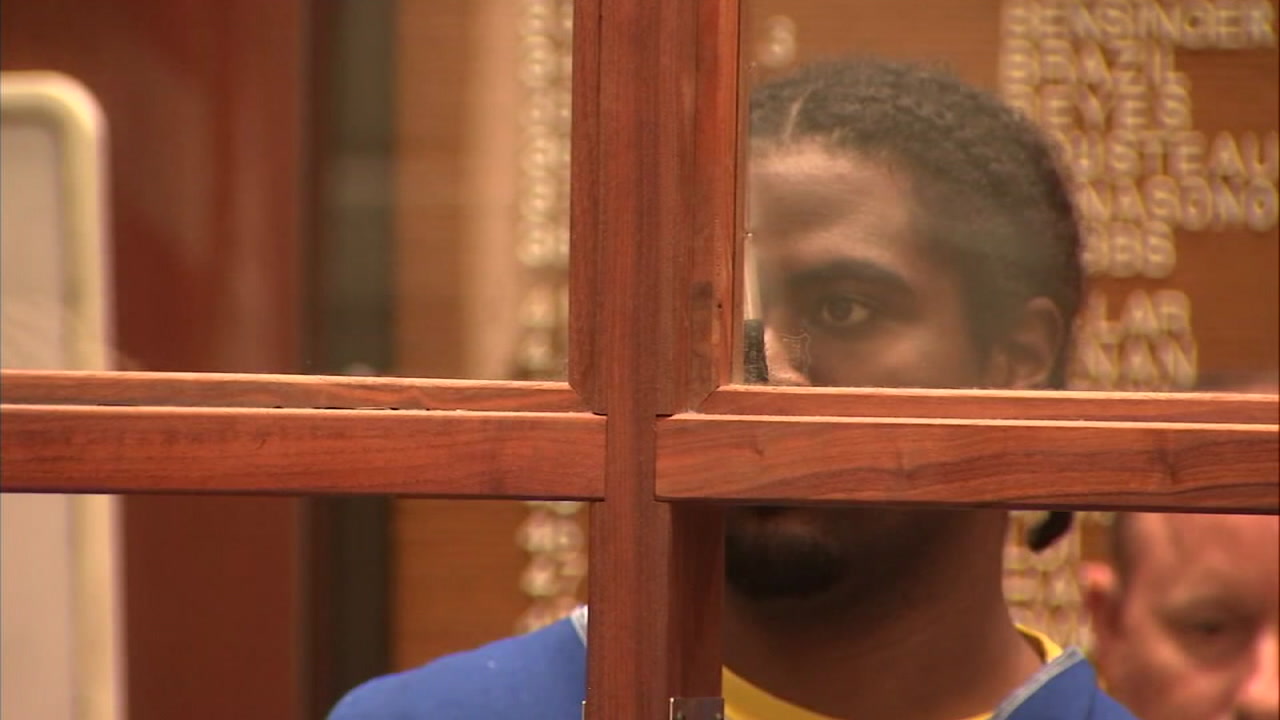