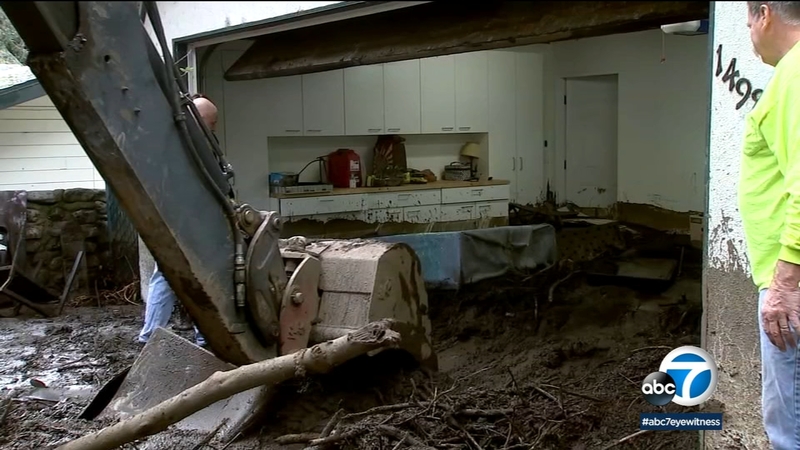 The Orange County Fire Authority says four people were rescued but no injuries were reported from the slide, which occurred at about 7 a.m. Officials said mud flowed into seven homes while traveling down Silverado Canyon Road between roughly Ladd Canyon Road and Olive Drive.

By Thursday afternoon, the evacuation order for Modjeska Canyon was downgraded to a voluntary evacuation warning. Residents of that area were allowed to start returning to their homes after 6 p.m.

More rain is expected Thursday night and the National Weather Service has extended a flash flood watch through the evening.

A storm moving across Southern California is causing problems for residents in the several Orange County communities, which saw some mudslides Wednesday morning.

Residents who are unable to evacuate the area due to mud debris are advised to shelter in place until officials clear the roads.

According to the National Weather Service, more than a half-inch of rain fell over a roughly three-hour period in the area, which was the location of December's Bond Fire that burned more than 6,600 acres.

Silverado Canyon Road was closed between the 241 Toll Road and Modjeska Grade Road as crews descended on the area with bulldozers and other equipment to clear the muck from the roadway. The mud made it difficult for residents to evacuate, Orange County Fire Authority Capt. Thanh Nguyen said.

The OCFA sent bulldozers to the area, but found skiploaders were more effective to navigate the narrow roadways in the canyons, Nguyen said.

A hotline for residents in Silverado, Williams and Modjeska canyons has been set up at 714-628-7085. Those with disabilities who need help evacuating should call sheriff's deputies at 714-647-7000, and those who need help relocating pets or large animals should call Orange County Animal Care at 714-935-6848.