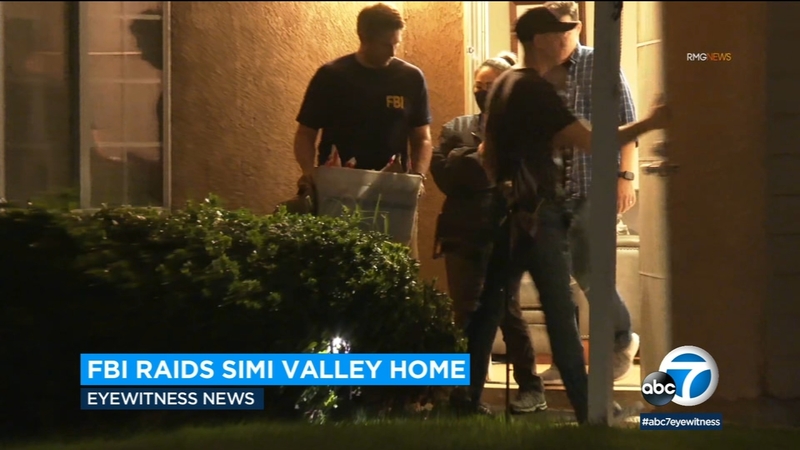 Nicholas Roske, 26, is now in custody of federal authorities.

Agents were seen carrying boxes out of his Simi Valley home overnight.

Officials say he showed up at Kavanaugh's Maryland home Wednesday with a gun, a knife, zip ties and other items.

He then called police and told them he intended to break into Kavanaugh's home and kill him.

Roske was reportedly dressed in black when he arrived at the home by taxi just after 1 a.m.

When he got out of the taxi, Roske was spotted by two U.S. Marshals who are part of round-the-clock security provided to the justices following the leak of the draft opinion last month. They then took Roske into custody.

The Simi Valley home linked to a man accused of threatening to kill Supreme Court Justice Brett Kavanaugh was a primary focus during an FBI investigation on Wednesday.

As to a motive, Roske told police he was upset by the leaked draft opinion to overturn Roe v. Wade, and the school massacre in Uvalde, Texas.

Roske's neighbors reacted to the news of his arrest.

"I'm glad this happened way over there and nobody was hurt, and everything came out OK, and got him in custody," a neighbor told Eyewitness News on Wednesday. "I just pray for the outcome and [Roske's family] because they're going through a lot right now."

A Homeland Security Department report said the draft opinion, leaked in early May, has unleashed a wave of threats against officials and others and increased the likelihood of extremist violence.