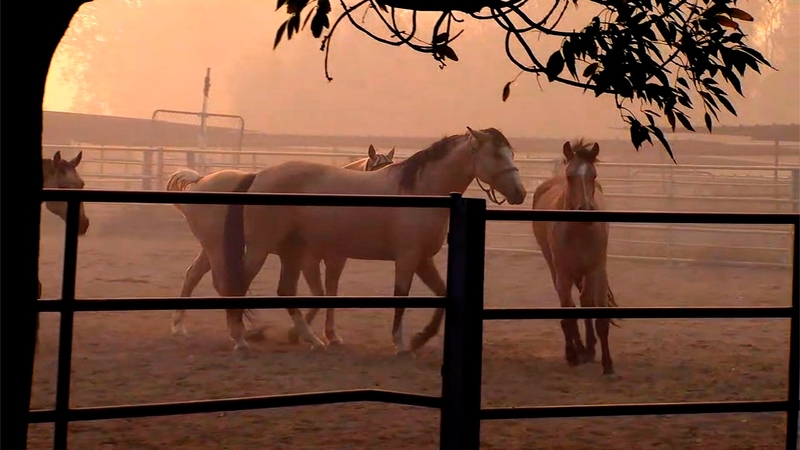 Residents and farmers left as early as 6 a.m. to escape the fire and get their horses to safety.

"6:30 a.m. I got the call and they said 'the barn is on fire!' and I woke up really quick and went," said Luis Torres, who works at Elvenstar Horse Ranch in Moorpark.

Torres had to fight through flames in order to get the horses out just like dozens of other animals including goats shown live on Eyewitness News.

Trailers were lining up outside the Fairgrounds because it was the closest evacuation center.

"We called the Ventura County Police and they sent horses and trailers, so just the response to getting enough trailers out there was overwhelming and we're eternally grateful to that," said Tiffany Stageman, an Elvenstar horse handler. "As well as to the surrounding farms with getting the horses out we were able to get out around 100 horses out in under 2 hours."