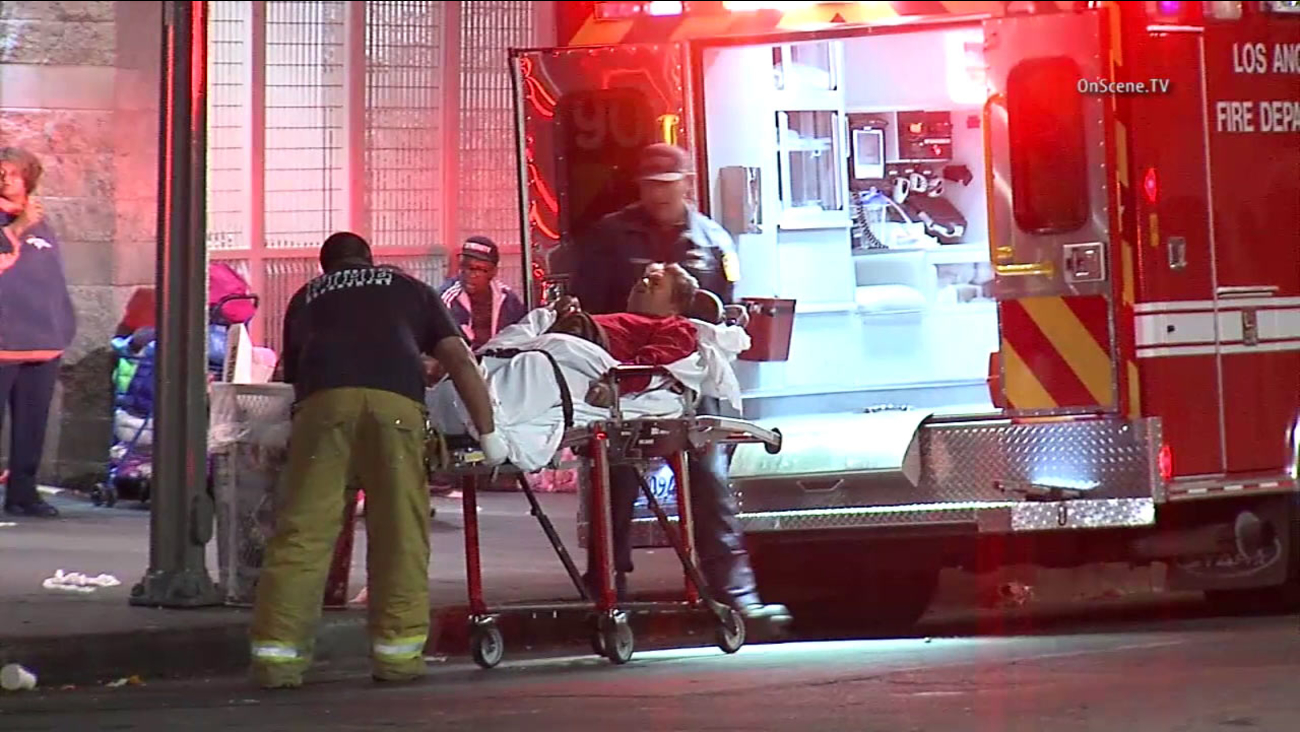 A patient is placed into an ambulance in Los Angeles' Skid Row area on Thursday, April 29, 2016. (KABC)

DOWNTOWN LOS ANGELES (KABC) -- At least three people were transported to the hospital after police received multiple calls about reported overdoses on the drug, "spice."

This synthetic form of cannabis appears to be tainted and has been causing a dangerous reaction in its users.

At least 14 people reportedly overdosed on spice along Skid Row last week, according to Andy Bales with the Union Rescue Mission.

The latest incidents occurred near the intersection of 6th and San Pedro streets around 10:30 p.m. Thursday. Police are investigating.