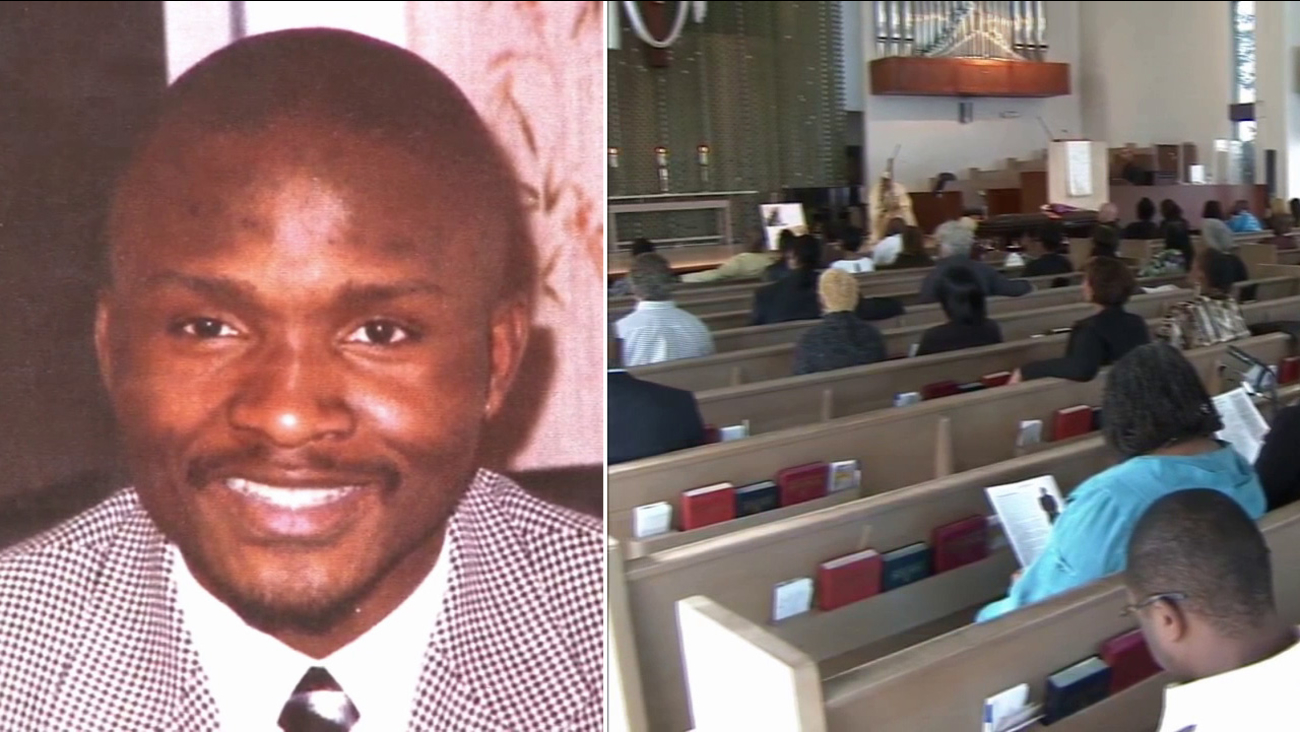 Charles Keunang, the homeless man who was fatally shot by police on Skid Row, was laid to rest at Holman United Methodist Church in Los Angeles Saturday, May 16, 2015.

LOS ANGELES (KABC) -- Funeral services were held Saturday for the homeless man who was shot and killed by Los Angeles police on Skid Row in downtown Los Angeles two months ago.

Charles Keunang was killed in an officer-involved shooting after allegedly grabbing an officer's holstered pistol during a scuffle on March 1.

A witness at the scene shot cellphone video of the confrontation, including the gunshots that killed him. LAPD Chief Charlie Beck called the shooting justified.

Speaking through a translator, Keunang's mother, Heleine Tchayou, remembered her son as respectful during the service at Holman United Methodist Church in L.A.

"My son was very polite, very thoughtful, very respectful. He has never seen something that doesn't belong to him and try to take it. He was very, very polite and nothing can replace him," Tchayou said.