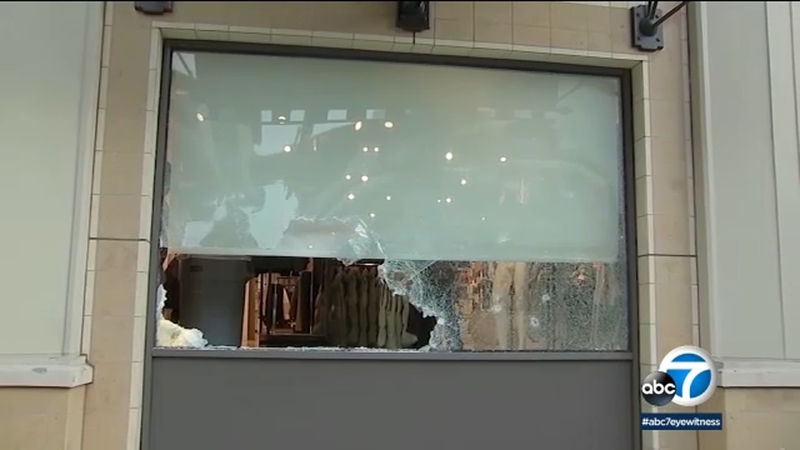 LOS ANGELES (KABC) -- As the holiday shopping season gets underway, stores throughout Southern California are seeing a shocking increase in smash-and-grab robberies. Police are also investigating a growing number of disturbing follow-home robberies.

On Monday, thieves tried to hit The Grove, smashing out windows at Nordstrom with a sledgehammer.

Wednesday night brought a smash-and-grab to the Nordstrom at Topanga mall, with a group of five suspects attacking a security guard and making off with expensive pursues.

Police in Santa Monica, Los Angeles and other high-profile shopping districts are stepping up patrols, and even CHP units are helping out.

The department is also launching a special task force to investigate a rash of more than 100 follow home robberies. Monday in Hollywood a man was shot and killed when he ran to help a woman being robbed by a group of eight people.

Some stores are stepping up security and adding extra alarms. Safety officials say the best thing you can do is always to be on alert and aware of your surroundings.