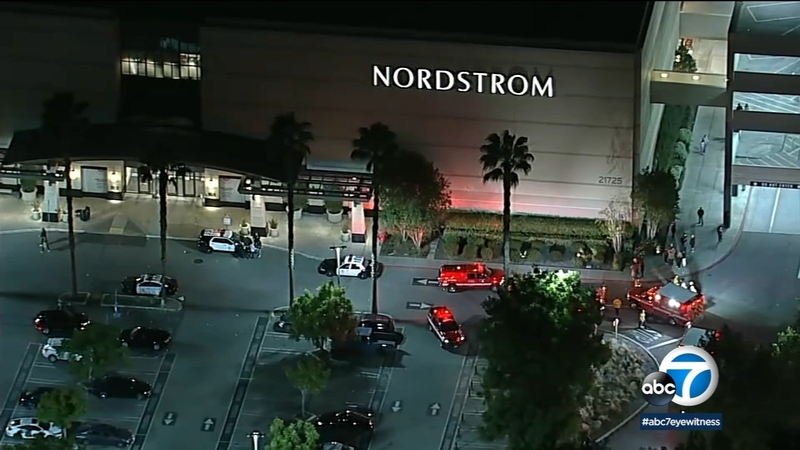 CANOGA PARK, LOS ANGELES (KABC) -- A security guard was assaulted as a group of suspects fled with merchandise worth an estimated $25,000 during a smash-and-grab robbery at the Nordstrom store in Westfield Topanga mall Wednesday.

Multiple police cruisers, as well as fire trucks and ambulances, were seen parked outside the Nordstrom store at the popular shopping complex in Canoga Park.

At least a dozen shoppers appeared to be standing outside.

The attack happened around 6:45 p.m. when a group of five suspects committed a smash-and-grab at the Nordstrom store and ran out with items that included about 7-8 expensive purses. At least one of the suspects was described as wearing an orange wig.

They assaulted and used bear spray on a security guard during the robbery, police say. The security guard was treated by paramedics and is expected to be OK.

The suspects fled in a newer model gray Ford Mustang.