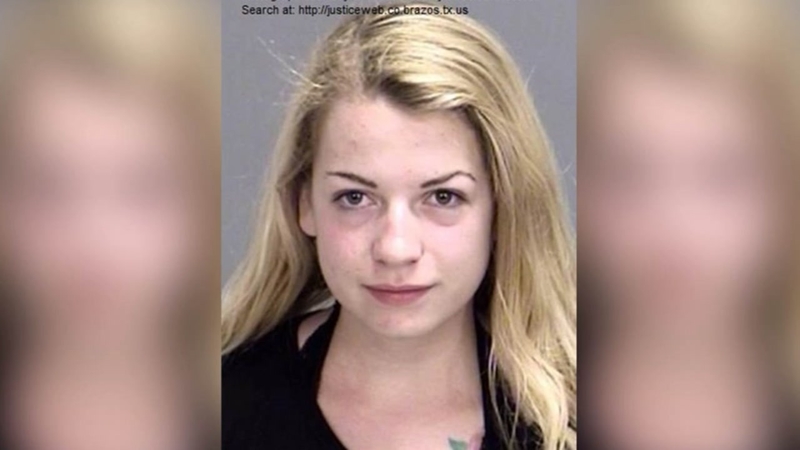 BRYAN, Texas -- A Texas A&M student was trying to send a topless photo of herself to her boyfriend via Snapchat when she crashed into the back of a Bryan Police Department patrol car, police said.

Miranda Rader, 19, was arrested on a misdemeanor charge of driving while intoxicated, according to a Bryan police report.

An officer was called to a disturbance in Bryan when he heard a car braking hard, then a crash, the report stated. He turned to see Rader's vehicle crashed into the back of his patrol car.


When he approached Rader, she had an "unclasped brassiere" and was attempting to put her blouse back on, the report said.

Rader told the officer she was trying to take the photo for Snapchat to send to her boyfriend, and was coming from a friend's house where she had been drinking wine, the report said.