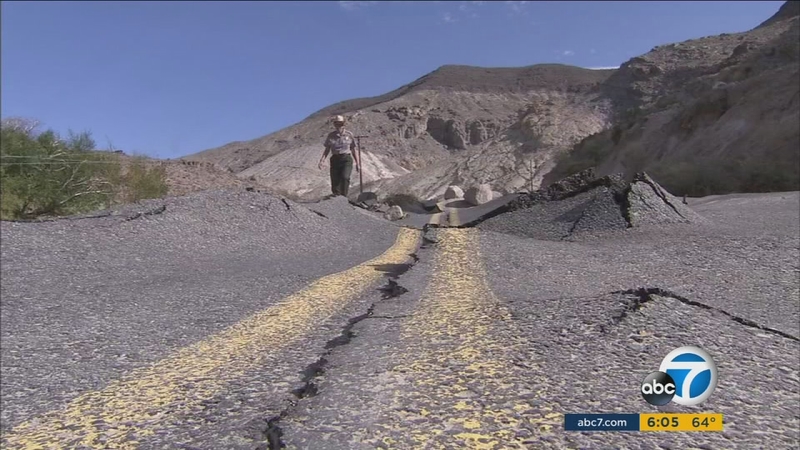 DEATH VALLEY NATIONAL PARK, Calif. (KABC) -- The winds kicked up Monday afternoon in Death Valley but it was still a warm and pleasant day, unlike Oct. 18 when powerful storms caused flash flooding throughout the area.

Death Valley had almost as much rain in about five hours as they typically get in an entire year.

Eyewitness News got a firsthand look at the destruction, which officials estimate caused tens of millions of dollars in damages. Many Death Valley roads are gone.

For those interested in off-roading, it's a different experience right now.

"The area that had been pretty smooth about two months ago was completely blown out," one man said.

About one-third of Death Valley's roads are still closed, but park rangers say there's a bright side to all of the rain they've gotten so far this year: the spring wildflower season could be incredible.

"With an El Nino year predicted, what scientists typically say is that if it rains once a month every year through the winter months, then we'll have a beautiful spring flower bloom," said Death Valley National Park spokeswoman Linda Slater.

Some of the worst damage inside the park is to the road that leads to Scotty's Castle. It was just a few years ago that the government repaved the entire stretch.