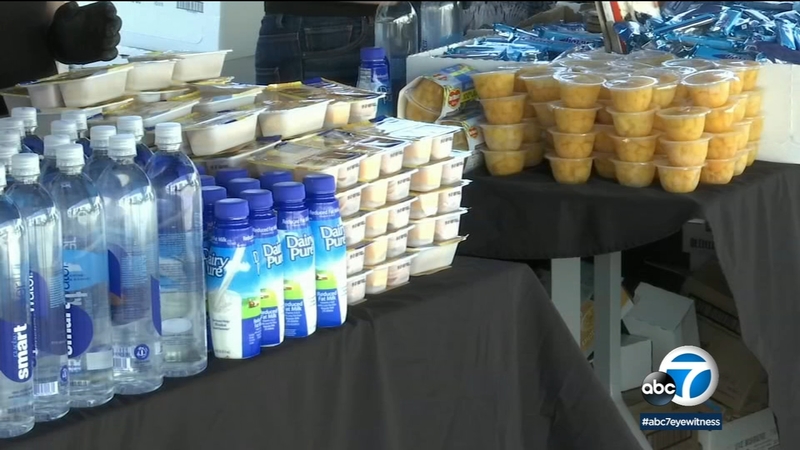 Hundreds of Los Angeles City College students line up for the school's food pantry. Produce, fish, and snacks are all free to students, allowing them to focus on learning rather than how they're going to pay for meals.

"It fuels your brain for you to perform better at school. I would not be successful at school right now. I would not have maintained a 4.0 GPA if not for this program," said Cherry Morse, a student at LACC.

The pantry is funded by the school's foundation and the state of California's hunger free program.

Student Leslie Sis says she's no longer food insecure because of the program.

"Having to not worry about where my next meal is going to come from or having to pay for it definitely reduces my financial anxiety," Sis said.

The pantry, which has only been in existence for two years and is operated twice a week, only has enough funding to offer the basics. It provides food to an average of 2,000 students a week and there's demand for more. One out of 10 people overall in Los Angeles are food insecure, but according to a survey of LACC students conducted last year, more than five out of 10 students are food insecure.

"They can't learn and study if they're hungry. They'll drop out of school if they need to work more to provide food for themselves. The colleges have been forced to confront this," said Congressman Adam Schiff.

After meeting with administrators at Los Angeles, Pasadena, and Glendale community colleges, Congressman Adam Schiff along with other lawmakers, sponsored a bill called the Food for Thought Act. Those colleges currently deal with food insecurity on their own and Schiff says it's time for the federal government to expand the free reduced lunch program that currently exists in grades K-12.