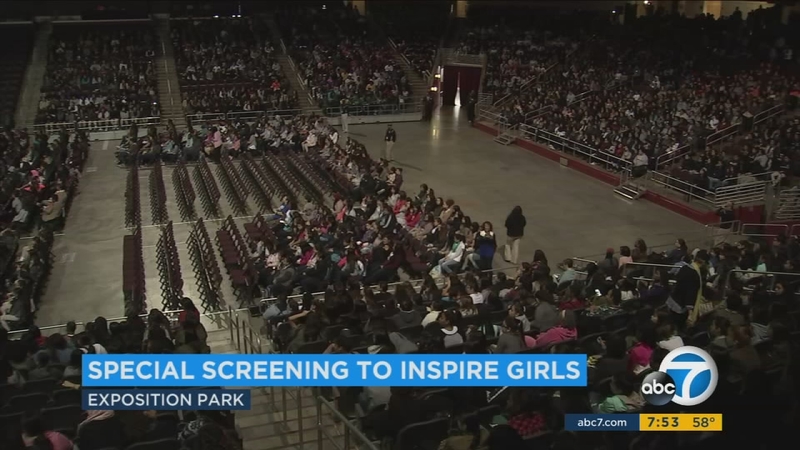 Those in attendance included actors Octavia Spencer and Aldis Hodge as well as producer Pharrell Williams.

"I am thrilled that they get to see the type of women that they want to be played out onscreen. So, it's all about empowerment," actress Spencer said.

The LA Promise Fund organized the event, gathering girls from more than 100 schools and 35 cities across the Los Angeles Unified School District.

"Only 25 percent of the engineers are females in today's workforce and only 1 and 3 percent of those are Latino and black," Veronica Melvin of LA Promise Fund explained.

In addition to the screening, the young girls had the opportunity to hear from those working in space exploration, including Diana Trujillo, the mission leader for the Mars Curiosity rover.

"I actually did not have any role models because most of the role models that were out there were male," Trujillo said.

Those involved with the event and film hope the movie also resonates with more than just girls and women.

"It's not just for little girls. (It's) for adults, for little boys who want to grow up and say 'You know what, I can be that too,'" Hodge said. "They will then grow up with a different appreciation, a different perspective on how to look at women."
Related topics:
societylos angeleslos angeles countylausdmoviesentertainmentnasausc
Copyright © 2021 KABC-TV. All Rights Reserved.
More Videos
From CNN Newsource affiliates
TOP STORIES