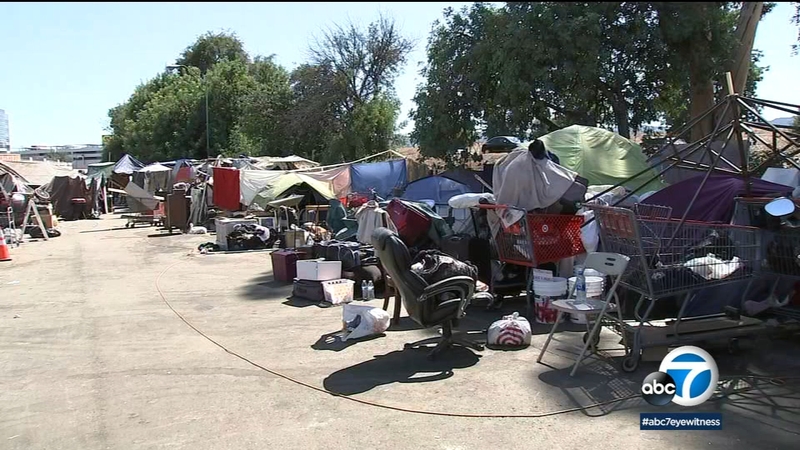 At a meeting of the governor's task force on homelessness held in Los Angeles, advocates for the homeless said they are concerned about local proposals that would restrict where homeless people can sleep and make it easier for police to clear up encampments.

Modular homes are going up in Los Angeles - all in the name of helping the homeless. The project, called Hope on Alvarado, is comprised of portable yet comfortable homes to help those in need.

The members of the governor's homeless advisory council said that's not what this effort is about. They came to L.A.to find out what different agencies are doing to fight homelessness, and they got an earful.

"We drafted a report that has 67 different recommendations. We're in the process where we're zooming in what we need to elevate, to do first," said an advocate with LAHSA, which stands for L.A. Homeless Services Authority.

Sacramento Mayor Darrell Steinberg is part of the Homeless Advisory Council. He asked, "Simply put, is there a way we can take the work that you have done and apply it statewide?"

The Trump administration is rejecting requests by California for more funding to address the homelessness crisis, saying the state's own policies have been a major contributor to the problem.

"We take 130 people out of homelessness every day, only to have 150 go into homelessness every day. It's not as if what we're doing isn't working. We haven't been able to run fast enough because we didn't anticipate the forcefulness of the inflow," said L.A. County Supervisor Mark Ridley-Thomas.

The governor has budgeted $650 million in emergency aid to California cities and counties. But these commissioners admit - money alone won't solve the problem.

"We actually know what to do. The problem is, we are not bringing all that to scale to address the magnitude of the problem," Steinberg said.

Ridley-Thomas, who is the council's co-chairman, said short-term, emergency housing is the most pressing need. He supports modular homes that can be built quickly and cheaply. And a brand new law relaxing environmental restrictions for emergency housing will be a big help.