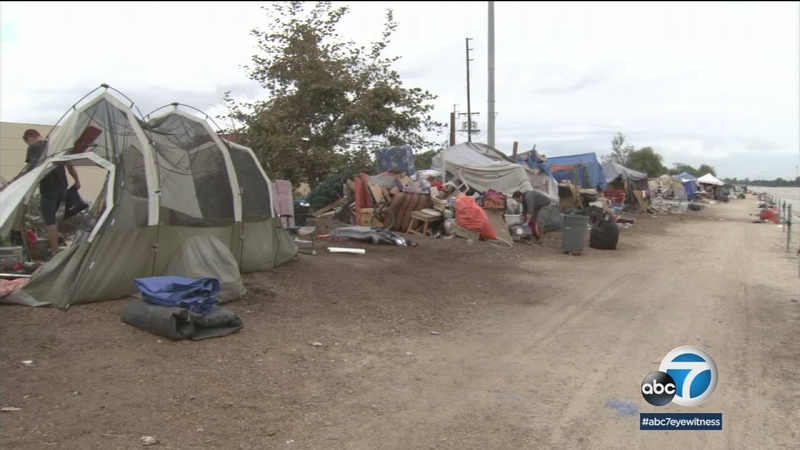 OC Board rejects plan to house homeless in Silverado library

SANTA ANA, Calif. (KABC) -- The Orange County Board of Supervisors unanimously rejected a plan to house hundreds of homeless people in remote Silverado.

The board voted in a closed session late Tuesday afternoon after listening to nearly 40 people, mainly residents of Silverado Canyon who opposed the idea.

The 11-acre site includes the former Silverado Elementary School, now a new library, as well as a community garden and a preschool.

Those opposed cited a lack of public transportation and other services.

"There is nothing out there for these folks," said Joanne Hubble, a Silverado resident. "You're putting them more in harm's way. They couldn't get to work if they wanted to."

Others cited a fire danger as Santiago Canyon Road is the only way in and out.

"Should a fire break out, how could you evacuate hundreds of people who have no means of transportation?" said Silverado resident Ken Kirkland, who spoke before the board.

The proposal was made last week by south Orange County mayors who were under pressure from a federal judge to find a location for a new emergency homeless shelter after the removal of hundreds of people from the Santa Ana riverbed last February.

Out of 12 mayors, only Jim Gardner, the Mayor of Lake Forest, opposed the proposal. He said housing up to 400 people in one spot is not the answer. He said the better model is to have each city address the problem given the number of homeless in their community and their resources.

"The county will notify the mayors of south county that a $6 million library site is not suitable," said Supervisor Todd Spitzer in a statement after the board voted to reject the proposal.

"The homeless need access to medical care, job training and mental health facilities and this rural library is not a good option," Spitzer added.

"The city of Lake Forest is glad the county recognized Silverado is the wrong site for a homeless shelter," Gardner said. "The city looks forward to working with mayors across south Orange County and the supervisors to find an appropriate long term solution to the homeless epidemic."

The Board of Supervisors will also inform the south county mayors that any similar remote locations would not be feasible for housing homeless persons, according to Deanne Thompson, OC public information manager.