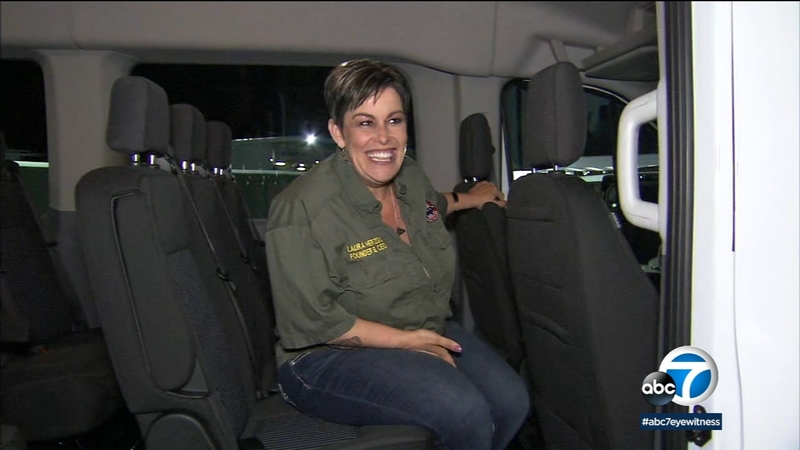 LOS ALAMITOS, Calif. (KABC) -- It was a special day for Laura Herzog.

"Eight years ago, I was just a girl who said I'm going to start an organization and try to make a difference," said Herzog.

Herzog has helped with nearly 700 casualty missions. A big part of the charity is helping military families work out the logistics when it's time to lay their loved ones to rest.

For five years they've been using a donated Toyota to transport families to and from airports and cemeteries, but they needed a larger vehicle.

Herzog reached out through social media.

She wanted to raise money needed to purchase a 15-passenger van.

Herzog said strangers gave, including a man from Catalina who donated $6,000.

Within 30 days, she had enough money.

Galpin Ford said its charitable foundation threw in $5,000 toward the purchase price.

"It means a lot because families like mine are the ones that are transported in these vans," said Didi MacPherson.

MacPherson's son, Tommy, an Army Ranger, was killed in action in 2012.

"This is going to be a very comfortable peaceful ride," MacPherson said.