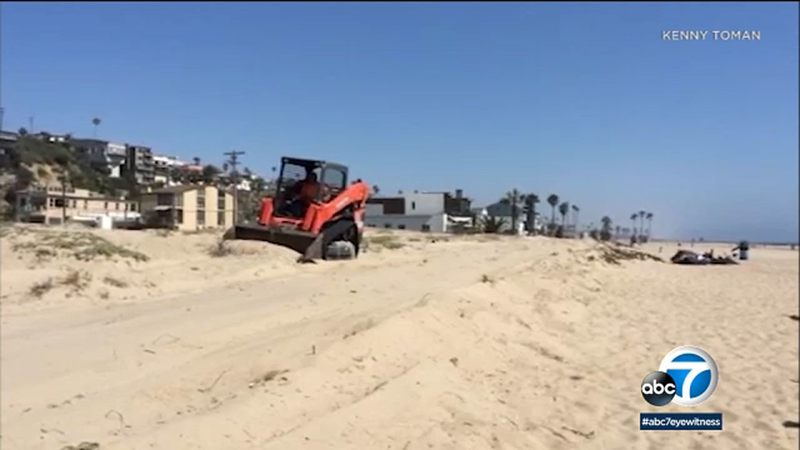 "Within a few hours of work, they undid years of natural growth," Toman said.

Toman and many of his neighbors are outraged, including Ruth Lansford, who has lived in Playa del Rey for 60 years.

"It was a ruthless and illegal action on the part of Legado," Lansford said.

The Legado Company owns the 1.75 acre property the dunes rest on. In an email sent to Eyewitness News, Legado's attorney, Benjamin Resnick, says the city of Los Angeles ordered Legado to remove a rusted and broken fence that surrounded the property.

According to Resnick, the work included removing 80 posts buried in the sand. Removing those posts left deep holes which, Legado says, had to be filled, but no sand was removed from the property.

However, neighbors believe the fence could have been removed without destroying the dunes, which are designated an environmentally sensitive habitat area.

"The dunes are what are preventing them from developing this last open space on the beachfront," says Lansford, "So, they want to get rid of them any way they can."

"Everyone is against the development of this particular piece," says Toman.

"This is, like, the last little showpiece of coastal land here and (it) kind of gives you an idea of how this might look if we all weren't here."

Bonin's office says Legado will be expected to make reparations. However, Legado's attorney says the Toes Beach dunes are not natural dunes.