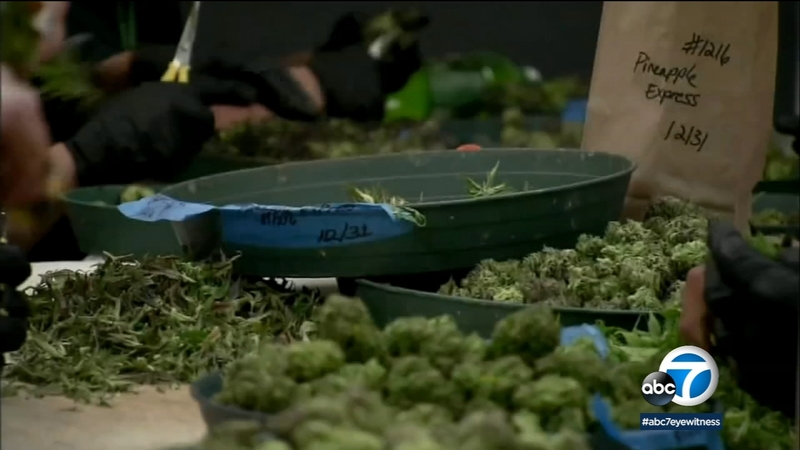 RIVERSIDE, Calif. (KABC) -- The city of Riverside, along with 23 other cities in California, has joined a lawsuit seeking to put the brakes on the home delivery of marijuana.

The suit claims a ruling on the transportation of marijuana is a violation of Proposition 64.

"We are being told you can't regulate them in any way, you can't stop them in any way, they are just coming. They can deliver when they want, I think that is going to be a really bad problem," said Riverside Mayor Pro Temp Mike Soubirous.

Prop 64, which legalized cannabis in California in 2016, also gave cities the ability to regulate marijuana. In January, the California Bureau of Cannabis Control said it would allow the delivery of cannabis in cities that have banned pot dispensaries, cities like Riverside. Soubirous said besides taking away local control to regulate those marijuana deliveries, it could attract crime and create a nuisance for residents with around-the-clock deliveries.

Those in the cannabis industry disagree.

"This is about the voters. In that sense, this is something they voted for, even in the city of Riverside," said Ryan Bacchas with California Cannabis Coalition.

Bacchas explained the state already regulates marijuana businesses, including deliveries of the product.

"To say you are going to have somebody delivering some product at the wee hours of the evening, a licensed operator wouldn't be doing that," he said.

In addition, he believes continued moves to limit access to marijuana will only help create more crime, not less.

Soubirous, who was one of two votes not to completely ban marijuana sales in Riverside, said cities should have the right to relegate delivery of marijuana just as it does pot dispensaries.

"Even though I was on that side of the fence so to speak, its important for me to be able to maintain the local controls so that we can ensure our citizens are safe," said Soubirous.

In addition to the lawsuit filed by those 24 California cities, a state bill is seeking to put the brakes on cannabis deliveries with a statewide ban.
Report a correction or typo
Related topics:
societyriversideriverside countymarijuanalawsuit
Copyright © 2021 KABC-TV. All Rights Reserved.
More Videos
From CNN Newsource affiliates
TOP STORIES