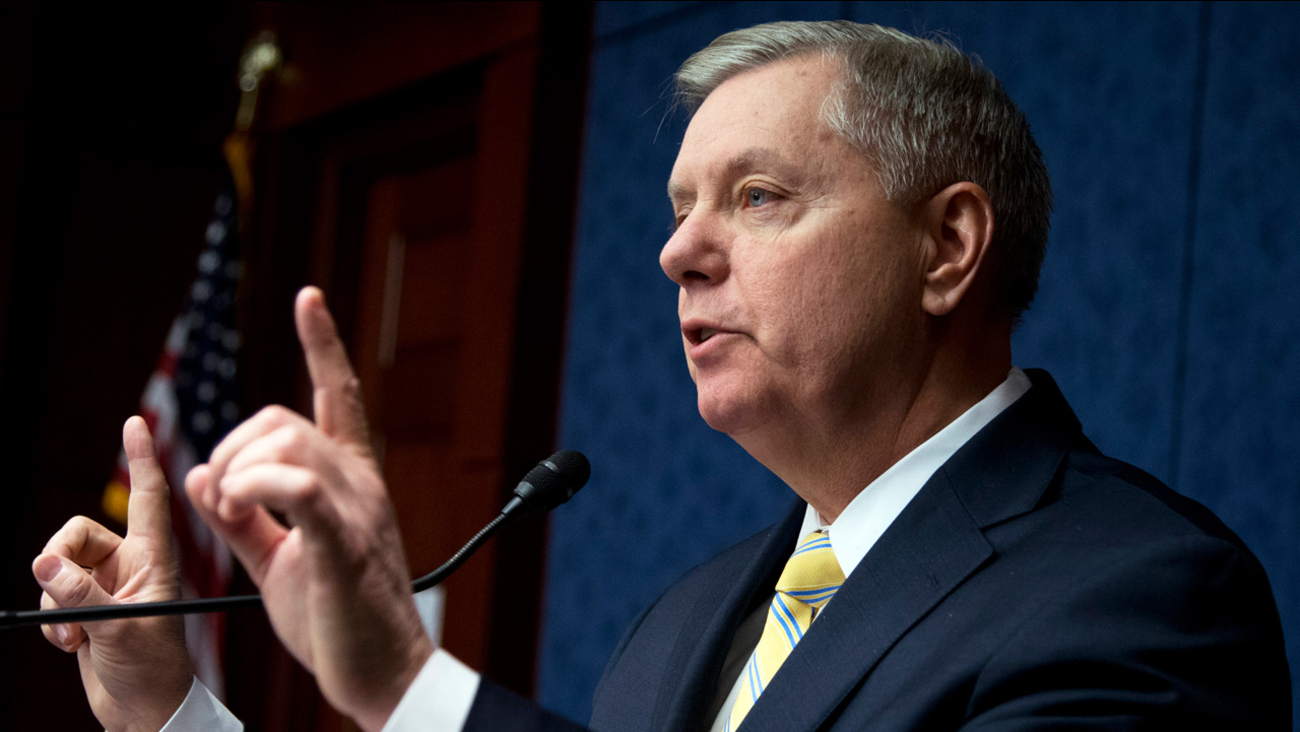 He dedicated himself to defeating U.S. adversaries - a commitment that would place thousands of troops back in Iraq, essentially re-engaging in a war first launched in 2003.

"I've got one simple message," he told supporters in the small town where he grew up. "I have more experience with our national security than any other candidate in this race. That includes you, Hillary."

In that fashion, he took on Democratic candidate Hillary Rodham Clinton, the former secretary of state, as well as non-interventionists in his own party and rivals with little to no foreign policy experience.

Graham, 59, becomes the first candidate in either party to hail from one of the first four states that cast presidential primary ballots. Iowa and New Hampshire lead the process, followed by South Carolina and Nevada.

Having won his third term last November, Graham is a prominent Senate voice in seeking a more muscular foreign policy and one who casts the threats facing the United States in particularly dark terms.

"Simply put, radical Islam is running wild," he said. "They have more safe havens, more money, more weapons and more capability to strike our homeland than any time since 9/11. They are large, they are rich, and they're entrenched."

He said as president, he'd "make them small, poor and on the run."

Graham did not mention the possibility of U.S. casualties in his speech, but he has state plainly in recent weeks that more Americans sent to Iraq and Syria "will die ... to protect the homeland."

Despite his focus on Islamic State militants with footholds in those two nations, Graham said Iran poses the gravest threat.

If the U.S. does not head off a nuclear capability in Iran, Graham said, "Iran will trigger a nuclear arms race in the least stable region on Earth, and make it more likely that people who aspire to genocide will have the most effective means to commit it."

Graham's call for a stronger military posture abroad is a calculated risk for the three-term senator and retired Air Force lawyer who surprised many when he began to hint earlier this year he would run for president.

His approach stands in stark contrast to a fellow senator and presidential candidate, Kentucky's Rand Paul, who favors less military intervention. And Graham's blunt talk about more troops and casualties stands out even among Republican rivals who promise more generically to quash Islamic State militants, but sidestep the details of potential military action.

Polls suggest a majority of American adults support military action against the group commonly called ISIS. But support drops when respondents are asked specifically about a ground war.

Graham came to Congress an outspoken member of the conservative freshman class that brought Republicans a majority in 1994. Yet since then, he's joined with Democrats on some contentious votes as the Senate has become more clearly divided along partisan lines.

That has earned Graham enmity among some Republicans, but on Monday he remained unapologetic, saying his willingness to "work with anybody" will be necessary to solve domestic policy challenges. Without getting into the details, Graham said wealthier members of his generation will have to take fewer Social Security and Medicare benefits, while younger workers may have to work longer and pay more.

"We have to fix entitlement programs to make sure people who need the benefits the most receive them," he said. "That's going to require determined presidential leadership."

Graham leaned heavily on his personal story Monday, delivering his speech in front of the building where he grew up and his parents ran a pool hall, bar and restaurant. Graham's parents died when he was in college, leaving him as guardian to his then 13-year-old sister, Darline.

"We depended on Social Security benefits to survive," Graham said, later adding, "As president, I'll gladly do what it takes to save a program that once saved my family."