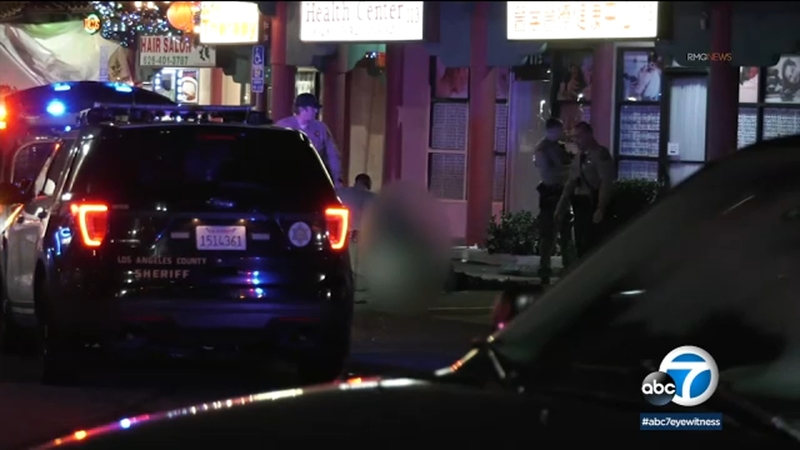 SOUTH EL MONTE, Calif. (KABC) -- A woman who authorities say was involved in an altercation with a man before he died in South El Monte was taken into custody after striking him and a deputy with a car.

Deputies were driving along the 9600 block of Garvey Avenue Wednesday night when they noticed a man and a woman, described as being in her early 30s, in a "physical altercation" in a shopping center parking lot, according to the Los Angeles County Sheriff's Department.

As deputies were detaining the man, the woman got into a car, made a U-turn and intentionally drove toward the man. She collided with a patrol vehicle, striking one deputy and the man, believed to be in his 50s, before leading deputies on a chase.

During the pursuit, her vehicle became disabled and she pulled over before she was taken into custody.

The man who was being detained was pronounced dead at the scene and the deputy who was struck was taken to the hospital and treated for a non-life threatening leg injury.