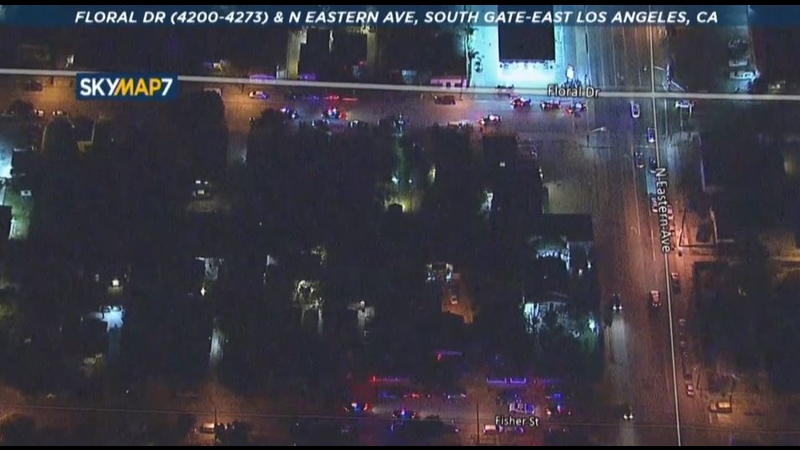 EAST LOS ANGELES (KABC) -- A suspect was taken into custody Monday night after leading authorities on a chase and abandoning his car in an East Los Angeles neighborhood, where he took cover inside a home.

The suspect, originally wanted for speeding in the Inland Empire, with the driver erratically alternating between surface streets and freeways across Orange County.

The driver eventually made his way to a residential area of East L.A., abandoned the vehicle and ran through a dark area of the neighborhood at the intersection of Floral Drive and Eastern Avenue.

After running up a driveway and climbing a fence on the side of a house, the suspect was nowhere to be seen.

Several units quickly descended on the area, canvassing the area but appeared unable to find him.