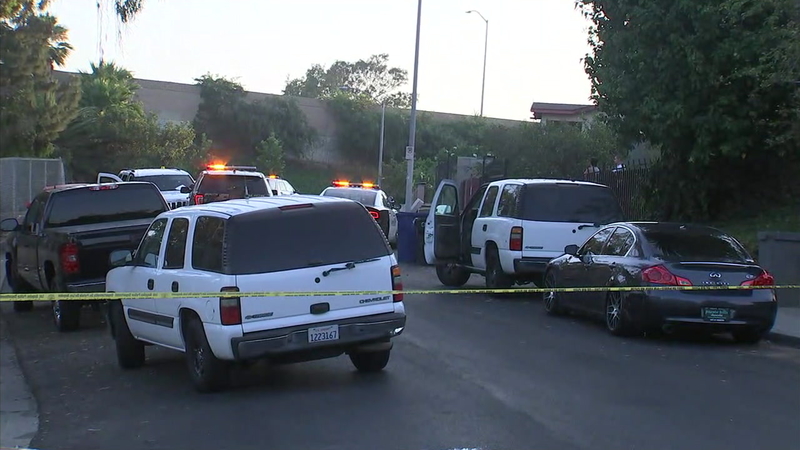 The series of events began shortly before midnight when the officer attempted a traffic stop for a vehicle violation, according to the South Gate Police Department. A male parolee, accompanied by a female passenger, allegedly failed to pull over and the chase ensued.

The suspect drove onto the 5 Freeway before ending up in Boyle Heights, where he entered a cul-de-sac and turned around, investigators said.

Police said the driver then sped toward the officer, who was standing outside of the patrol vehicle and fired two rounds. Neither the driver nor passenger were struck.

The suspect's vehicle went down an embankment, returned to the roadway and hit another patrol car about 12 minutes after the pursuit began, according to authorities. Police arrested both occupants on suspicion of felony evading and assault on an officer.

According to investigators, the vehicle had been stolen in Lakewood on June 9 and a firearm was recovered.