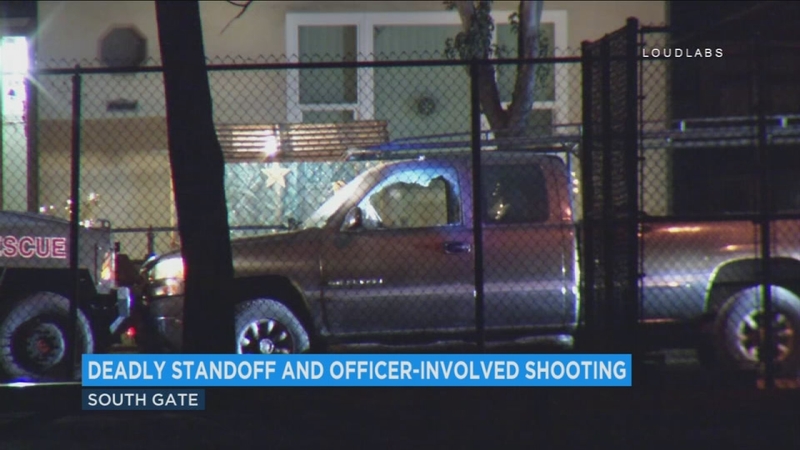 SOUTH GATE, Calif. (KABC) -- A suspect who was killed in a standoff with police has been identified as a 40-year-old South Gate man who had allegedly assaulted his live-in girlfriend with a handgun.

Christian Chavez, 40, died in the standoff, during which he allegedly fired at officers.

Police say on Sunday Chavez had hit his live-in girlfriend with a handgun, sending her to the hospital. He fled the area and South Gate officers obtained a warrant for his arrest Monday.

Monday night, his girlfriend told police she believed Chavez was in the area. Officers found him around 7:35 p.m. inside his parked truck on the 2700 block of Illinois Avenue.

He refused to leave the vehicle and a standoff situation developed.

Officers fired back, riddling the vehicle with bullets. Chavez got out of the pickup, fell forward and appeared to be lifeless on the ground.