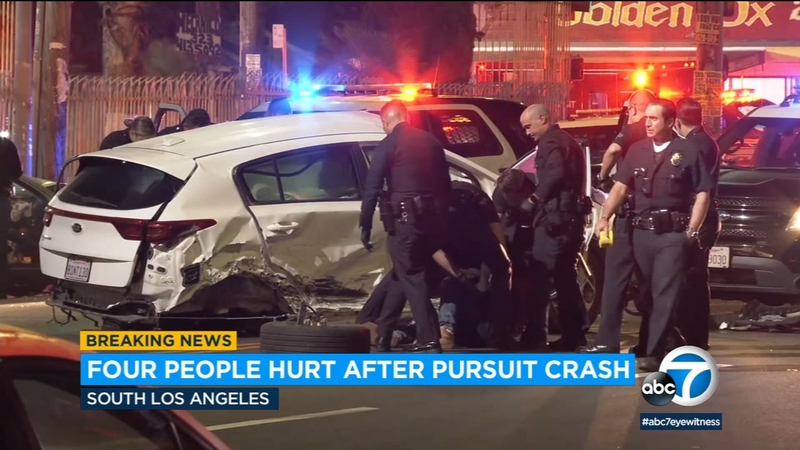 The chase started at about 1 a.m. at 66th and Hoover Street after a report of a stolen car, according to LAPD.

Officers say the suspect traveled on the northbound 110 Freeway at one point before exiting onto surface streets and crashing into two other cars at Florence Avenue and Main Street.

LAPD says four people were treated at the scene, but their condition were not immediately known.

Police arrested the suspect who was taken to the hospital in stable condition.