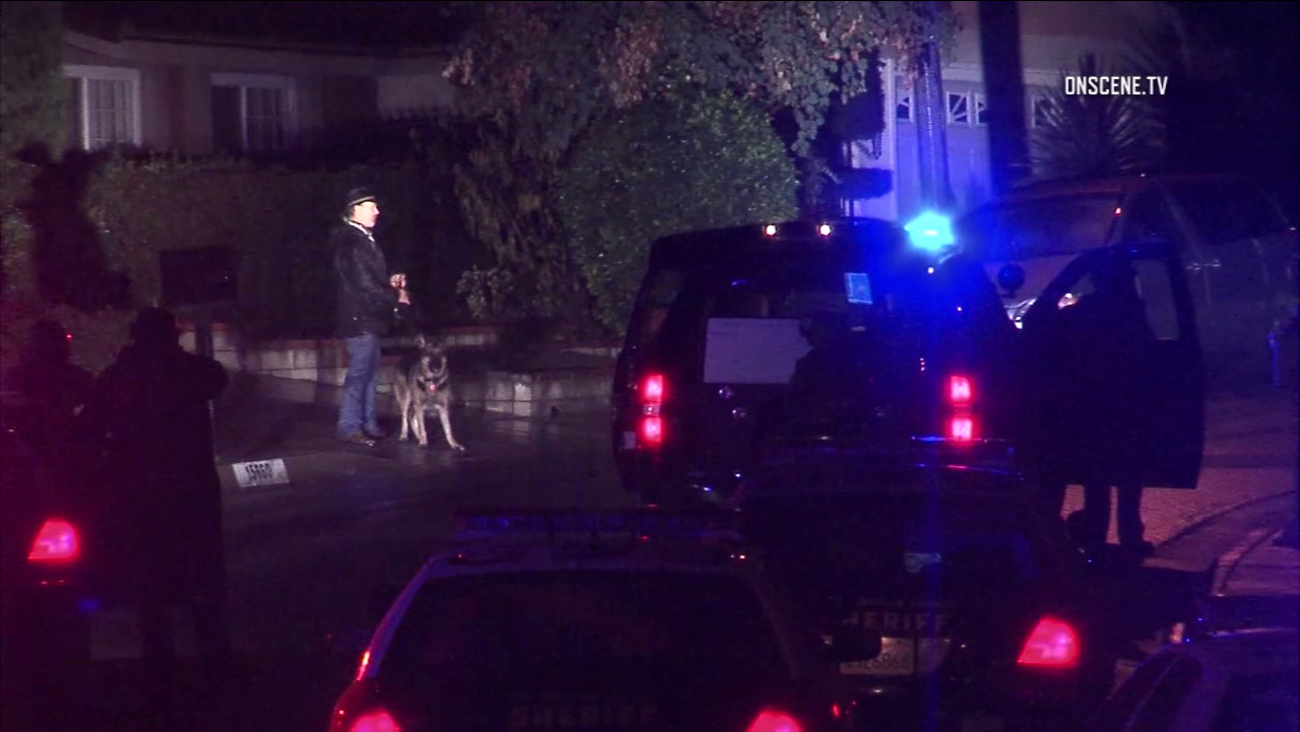 SOUTH LOS ANGELES (KABC) -- An armed man on a bicycle was struck in the torso in a deputy-involved shooting Monday evening in South Los Angeles, authorities said.