Family and friends created a memorial in front of a South Los Angeles home Sunday afternoon where an 18-year-old man was shot and killed by police after he fled during a suspected car chase.

SOUTH LOS ANGELES (KABC) -- Family and friends created a memorial in front of a South Los Angeles home Sunday afternoon where an 18-year-old man was shot and killed by police after he fled during a suspected car chase.

Loved ones identified the person killed as Carnell Snell Jr, known by many as CJ. Authorities have not confirmed the identity or age of the deceased suspect.

People gathered in front of the home said they were there to remember Snell and remind the public of the increase in fatal officer-involved shootings across the nation.

"Emotions are high behind this. They've been killing black mans every day all over the country. That's why we here. This got to stop," neighbor Odell Lewis said.

Organizers expect the vigil to continue to grow and attendees will release balloons later Sunday evening. Snell was the third black man to die in a confrontation with police in Southern California within the last five days.

Sgt. Barry Montgomery with the LAPD said officers tried to stop a suspected stolen car near Western Avenue and 106th Street when the car failed to stop and a chase began Saturday afternoon.

Snell and another male suspect jumped out near the area and made a run for it.

Officers chased Snell, who headed eastbound down the 1700 block of 107th Street into the back of a home, and a fatal officer-involved shooting occurred. A handgun was recovered at the scene.

Snell's mother spoke out Saturday night, saying she had just seen her son before receiving the news of his death.

"He was just at my house, and we got a phone call that said the police shot him five times in the back," Monique Morgan said.

Witnesses echoed Morgan's claims, but police have not confirmed the number of shots fired or if the teen was shot in the back.

That evening, a large crowd had formed in front of a strip mall officers had tapped off, with many people expressing their anger and frustration over the situation.

At times, demonstrators shouted at officers, demanding answers to what happened to Snell. Officers put on riot gear, putting their face shields down and forming a line in front of protesters between yellow crime tape.

Members of Black Lives Matter also headed to Mayor Eric Garcetti's Hancock Park house, writing explicit messages in chalk at the nearby intersection and setting up seats in front of the residence. LAPD officials said the mayor's home and his car were discovered egged Sunday morning.

Garcetti issued the following statement to Eyewitness News on the shooting.

"Our city has worked hard for two decades to make our communities safer and to build bonds of trust between our neighborhood residents and the police officers who serve them. I would appeal for everyone to come together as a city and to wait for the completion of a thorough and proper investigation of yesterday's events."I want to thank community members who have been part of the investigation as witnesses and caring residents, as well as Councilmember Marqueece Harris-Dawson and the LAPD personnel who together with the Mayor's Office of Gang Reduction and Youth Development ambassadors have been keeping the peace and engaging with the community."

Police earlier stated one suspect involved in the chase was in custody, but the LAPD later confirmed there are still two suspects outstanding and no one is in custody. 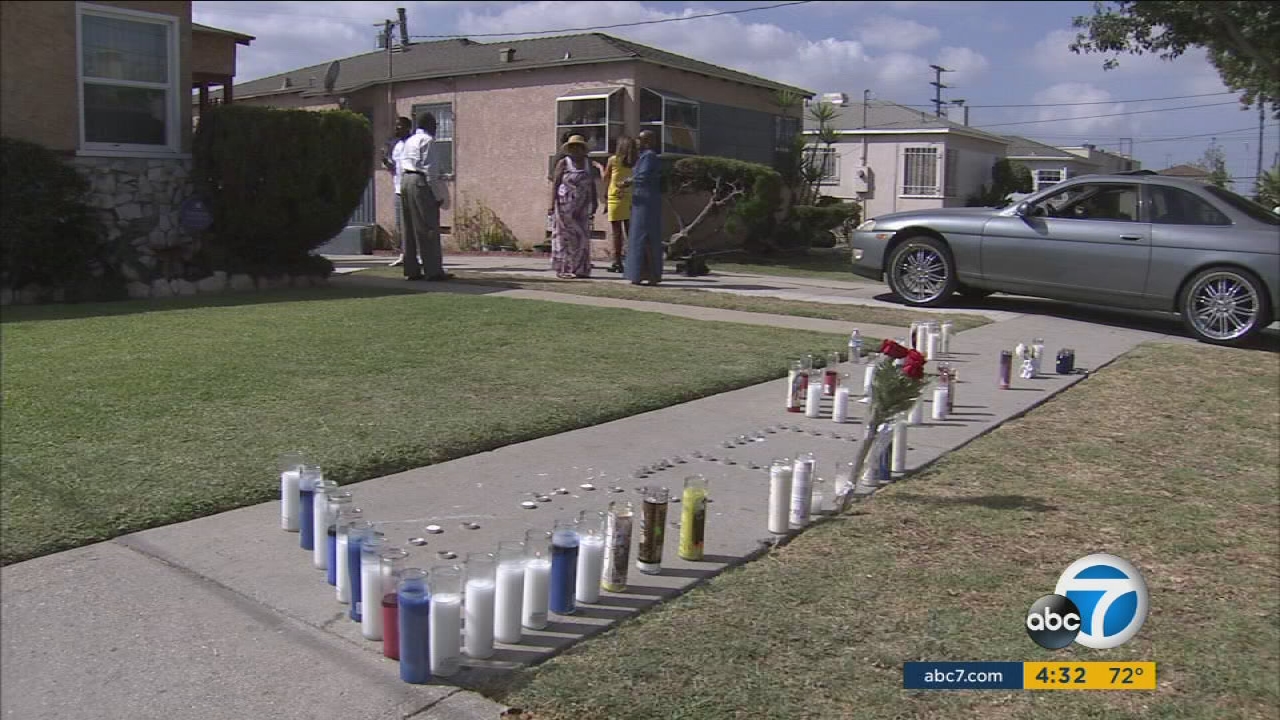 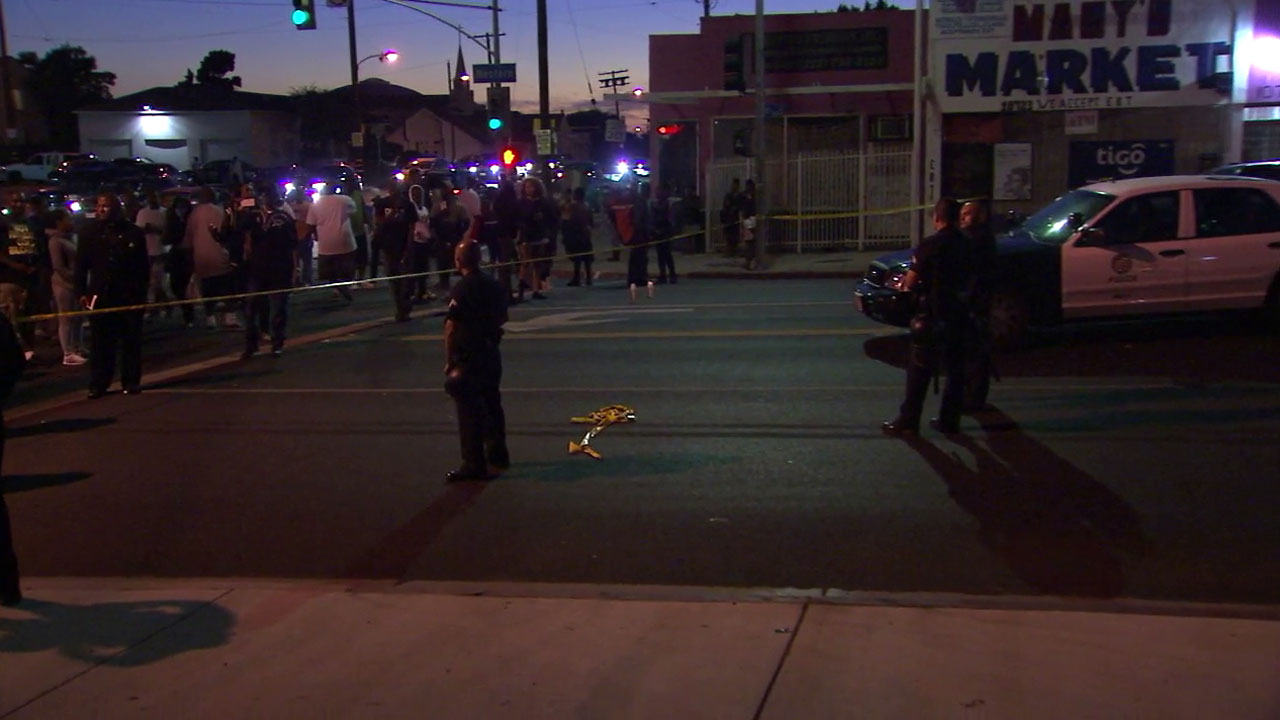