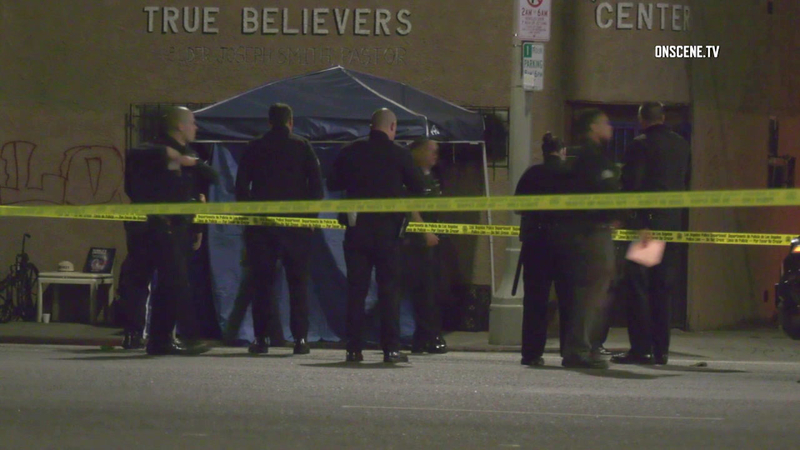 SOUTH LOS ANGELES (KABC) -- An investigation is underway in the death of a woman who was shot in the head in South Los Angeles Sunday night.

Los Angeles police responded to a call of a shooting in the 6500 block of S. Vermont Avenue shortly after 11:30 p.m.

The victim, believed to be approximately 45 years old, was found with one gunshot wound to the head and pronounced dead at the scene.

No arrests were immediately made, and police did not provide information on a suspect or suspects.