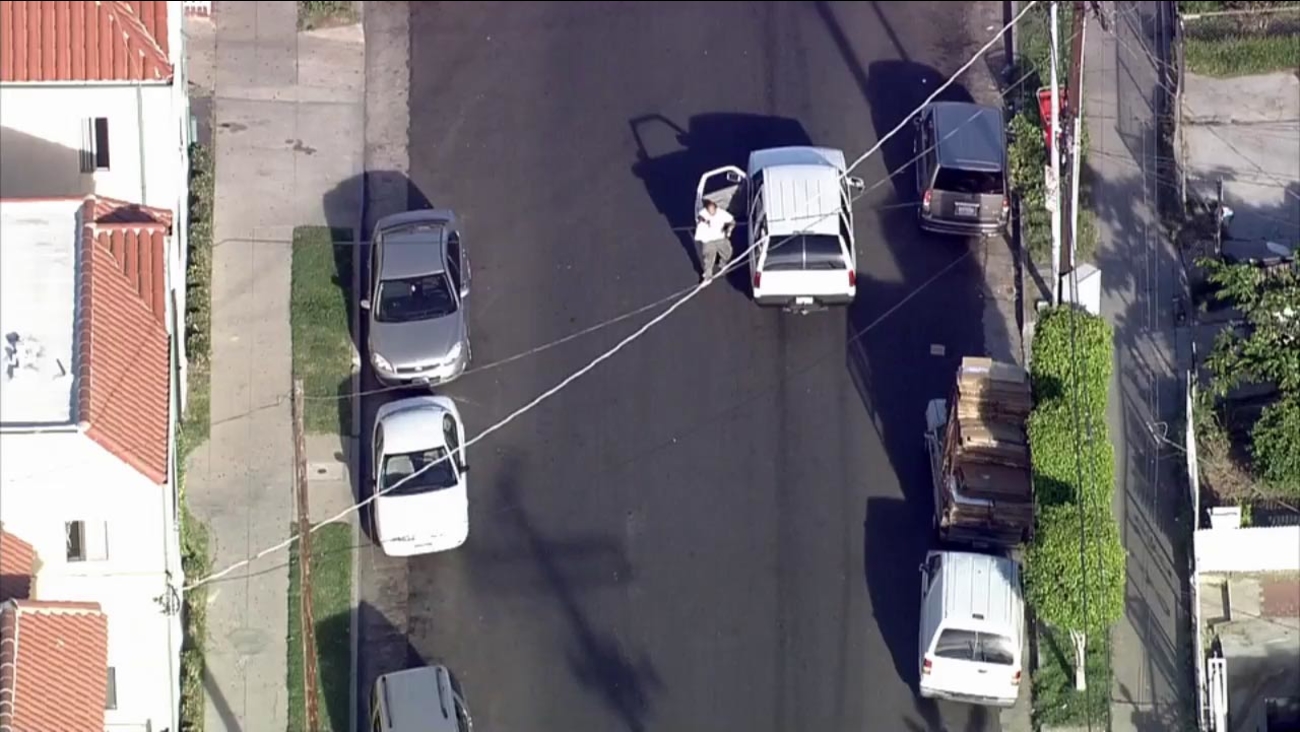 A suspect is seen pointing a weapon at L.A. County sheriff's deputies in South L.A. at the end of a chase on Friday, March 13, 2015.

SOUTH LOS ANGELES (KABC) -- A kidnapping suspect who was shot by sheriff's deputies after leading them on a chase through South Los Angeles was identified as 26-year-old Hector Javier Puga.

Shortly before 5:30 p.m. on Friday, deputies noticed the suspect's vehicle near 99th Street and Budlong Avenue. After running the car's plates, authorities learned the suspect was wanted for attempted kidnapping and assault with a deadly weapon.

The suspect then lead deputies on a chase through South Los Angeles, where he eventually stopped his white SUV on W. 43rd Street, west of Vermont Avenue.

He appeared to point a weapon at the deputies and was injured in an exchange of gunfire.

He stumbled onto the front porch of a nearby home, where he sat for nearly an hour before he surrendered to SWAT personnel.

Authorities said he remains in the hospital in fair condition.