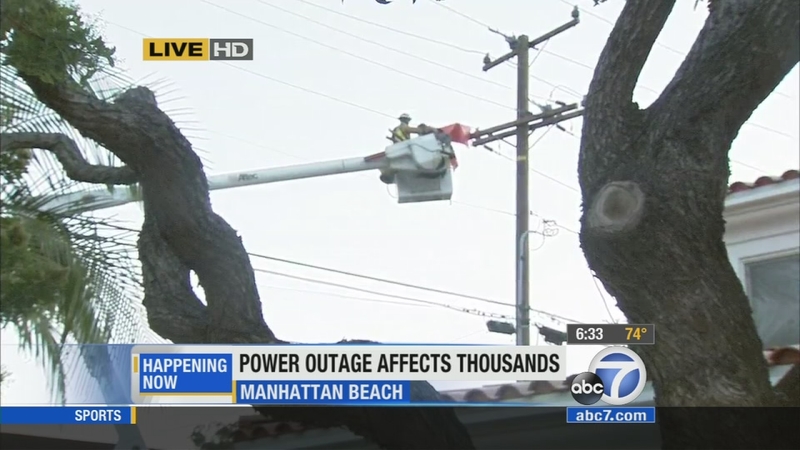 Shortly after 7 p.m., a transformer in the 1700 block of Germain Drive in Montebello exploded, causing a palm tree to catch fire. That fire caused several other transformers to explode as well and shut off the power in the area.

Firefighters with the Montebello Fire Department extinguished the fire, but there were still live power lines in the area. Residents were advised to avoid the area and stay indoors. SCE estimated 1,137 customers were initially without power.

SCE crews were at the scene working to restore electricity, and power was expected to be fully restored on Monday.

A separate transformer blew out in Manhattan Beach in the area of 11th Street and N. Poinsettia Avenue at about 8:30 p.m., police said. Crews were sent out to fix the problem as well. About 7,745 customers were impacted.

By 1:30 a.m., only 253 customers were still without power. That number was increased to 610 customers without power shortly before 6 a.m. SCE was hoping to have power fully restored by mid-morning on Monday.

Traffic signals were out at Blanche Road and Rosecrans Avenue and surrounding streets due to the outage, police said.