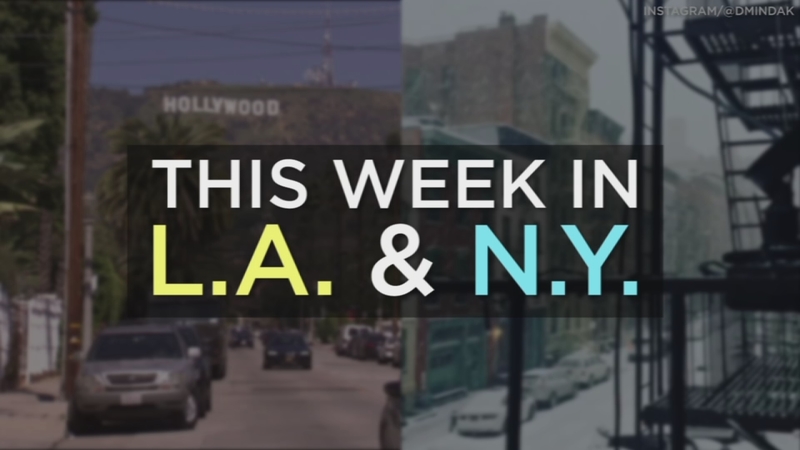 Southern California experienced some unseasonably warm conditions this week. Temperatures climbed into the 80s and even 90s in some regions, making it feel more like summer when it's technically still winter.

The mercury rose high enough on Monday, which was the hottest day of the week, to tie and break some records across the Southland.

Temps reached a high of 93 in Burbank, tying a record in that city. In Sandberg, which is near the 5 and 138 freeways south of Gorman, the high temp of 79 broke the old record of 77 set in 2013. Palm Springs tied a record high of 97 on Tuesday.

Downtown Los Angeles reached 88 on Monday, just a few degrees shy from tying the record of 90.

It was a completely different story on the other side of the country.

Tuesday's powerful nor'easter paralyzed much of the Washington-to-Boston corridor.

The storm dumped 1 to 2 feet of snow in many places and grounded more than 1,000 flights Wednesday after 6,200 flights were canceled a day earlier. It also knocked out power to nearly a quarter-million customers from Virginia northward.

By the time it reached Massachusetts, it had turned into a blizzard, with near hurricane-force winds gusting to over 70 mph along the coast.

The main reason for the recent warm temperatures in Southern California is a persistent ridge of high pressure that is keeping cool, wet weather to the north and away from the Southland for most of the past week.