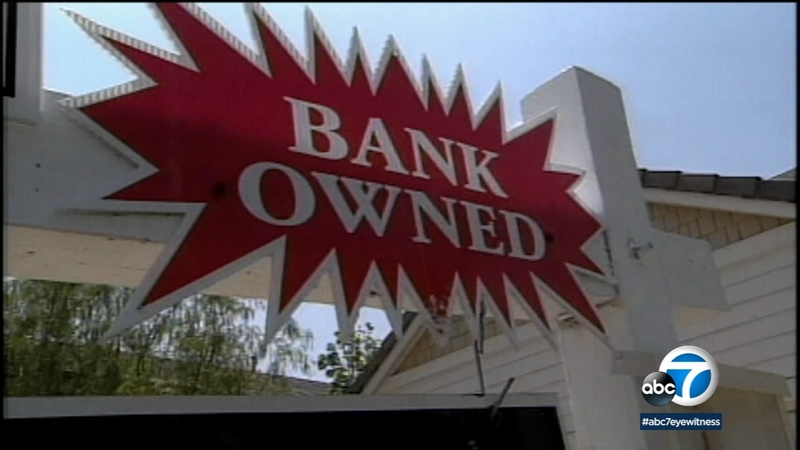 They arrested Jose Angel Bernal and are looking for his partner, Eduardo Linares. Investigators said the two stole at least $60,000 from four families by offering to help keep them out of foreclosure.

"He lied to us. He stole from us and as an end result, we lost our home to foreclosure," said Alberto Martinez, who said he also lost $30,000 to the two men.

The victims would pay large, up-front advance fees as part of a loan modification program. Investigators said advance fees like that have been illegal in California since 2009. LAPD said no services were rendered by the suspects, who were not even licensed as real estate brokers or salespersons.

"When the victims are close to losing their homes they often place trust in people who sell them dreams and hope, but ultimately steal their money," said Detective Manuel Segura, of the commercial crimes division.

Hilda Estela Alegria, who lost her home to the accused scammers, begged for justice.

"I ask you from the bottom of my heart to get me justice," she said. "He left me in the street. He robbed me of everything. My 50 years of working here - everything! He took everything."