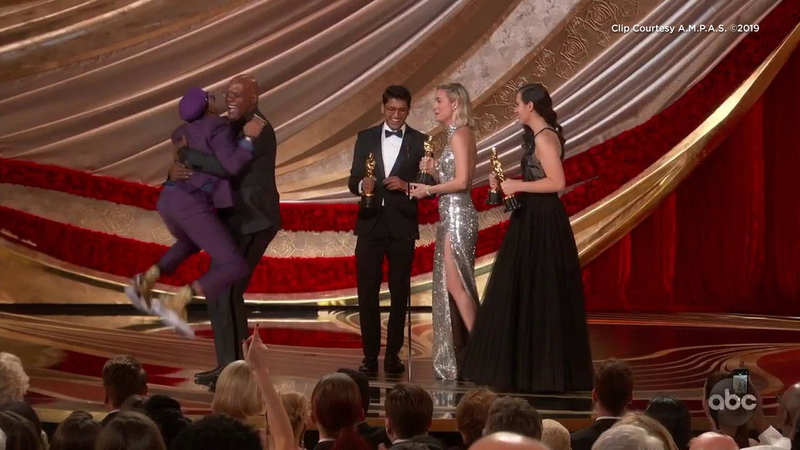 HOLLYWOOD, LOS ANGELES -- Director Spike Lee won his first competitive Academy Award as "BlacKkKlansman" was named the winner of the best adapted screenplay at the 2019 Oscars.

Lee received the award from actor Samuel L. Jackson, who has appeared in Lee's films. Jackson ribbed Lee at the outset of his presentation along with actress Brie Larson, reciting the score of the Knicks game. New York's NBA team notched a rare win Sunday night. Lee is often seen courtside.

Lee started out his acceptance speech with some profanity, telling producers not to start the clock on his speech. Winners were allotted 90 seconds for their speech from the time their names are called.

Lee read from a two-page letter that tied together history and the years 1619 and 2019, along with his own story.

"Before the world tonight, I give praise to the ancestors who built this country," Lee said. "We all connect with our ancestors who will have love, wisdom regained. We'll regain our humanity, it will be a powerful moment. The 2020 presidential election is around the corner. Let's all mobilize. Let's all be on the right side of history. Make the moral choice between love versus hate. Let's do the right thing!"

Lee's speech ended with a standing ovation from the crowd of stars.

The writer-director shared the award with Charlie Wachtel, David Rabinowitz and Kevin Willmott.