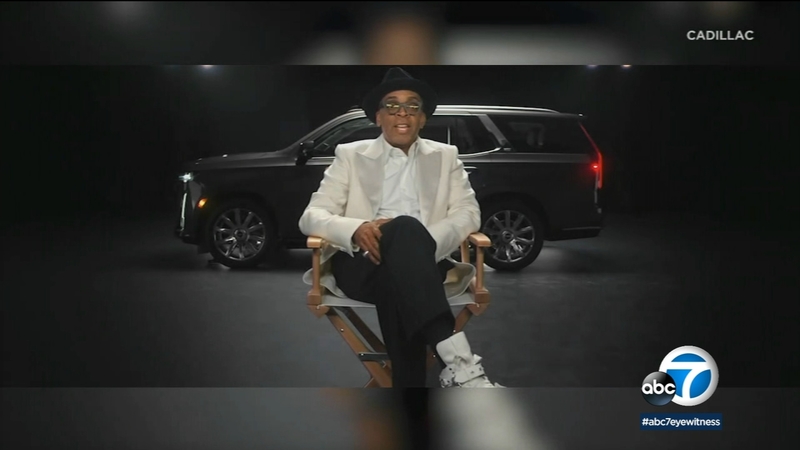 But one premiere wasn't for the debut of a film, it was for the newest Cadillac Escalade. And to solidify the show biz angle, Cadillac got some help from Oscar-winning director Spike Lee.

"This vehicle warrants the hype. No 'okey-doke.' We all know Cadillac has always been a strong influence in pop culture," said Lee after arriving onstage in the new SUV.

In return, Cadillac is going to continue its relationship with Lee, helping him mentor young hopefuls interested in filmmaking.

"I'm honored to work with Cadillac, as we continue to tell the story of the new 2021 Escalade by mentoring young artists and filmmakers throughout the year to bring you more stories," said the director.

The Escalade's place in Hollywood wasn't started by this film, nor is it likely to end with it.

The glitzy big Cadillac has been part of the entertainment scene both on the screen and in studio parking spaces for nearly all of its 20+ years of existence. For example, the character Tony Soprano on the HBO series "The Sopranos" famously drove an Escalade in the series.