2019 WNBA season: Lots to look forward to despite injuries 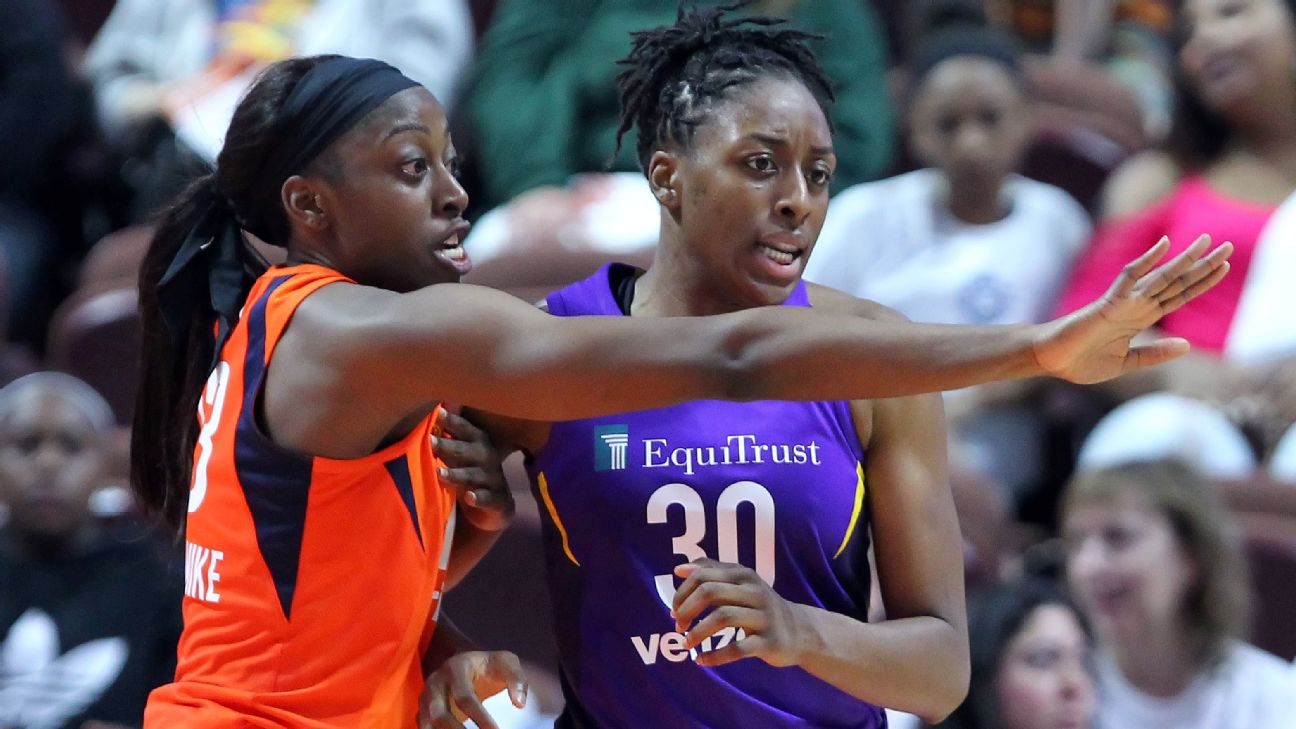 WNBA fans have spent the past few weeks both bummed out by more bad news involving league stars and also determined to find the many silver linings that remain. And we're going to join that chorus.

A number of perennial MVP candidates will sit out at least part of the 2019 season. This goes back to near the end of last season, with the Atlanta Dream's Angel McCoughtry suffering an ACL injury. Then in February, the Minnesota Lynx's Maya Moore announced she wouldn't be playing this season to focus on other pursuits.

Last month, the Seattle Storm's Breanna Stewart suffered a torn Achilles tendon playing overseas, and the Phoenix Mercury's Diana Taurasi underwent back surgery. Dallas' Skylar Diggins-Smith is out on pregnancy leave. Her Dallas Wings teammate from last year Liz Cambage is seeking a trade, without which she apparently is willing to sit out the season.

We might still see McCoughtry, Taurasi, Diggins-Smith and Cambage this summer, but even if we don't, there are more than enough storylines to keep us occupied with the WNBA. Here are five of the biggest to track:

While taking postgame photos in Minneapolis with the WNBA championship trophy in 2016, Los Angeles Sparks forward Nneka Ogwumike shared the joy with her sister, Chiney, via FaceTime on their cell phones. Chiney was overseas at the time.

This season, they could be celebrating such a moment together. With, shall we say, a nudge from Chiney, the Connecticut Sun recently traded her to Los Angeles for a 2020 draft pick. Now the sisters, who played together for two years at Stanford and are both former WNBA No. 1 draft picks, will wear the Sparks' purple and gold together.

"We have always joked that we are like twins because we're so connected," Chiney said in a recent teleconference. "I've always learned from her. So this is now the biggest learning opportunity that I feel like I have as an athlete. This is going to be one of the most defining things of our sisterhood.

As for where she'll fit in the lineup with the Sparks, Chiney said she'll do anything that's needed for the team, which is under the direction of new coach Derek Fisher.

"I am trying to bring the best version of myself to the table," she said. "I'm here to compete and to win, and that's all I care about."

This will be the first WNBA coaching experience for Fisher, a former NBA player and coach. But two other coaches with lots of WNBA experience are in different places this season.

Brian Agler, who has been head coach at Minnesota (1999-2002), Seattle (2008-14) and Los Angeles (2015-18), is now in that role in Dallas. He won championships with the Storm and Sparks. And while there's too much uncertainty around the Wings this year to see them as a championship contender, it will be intriguing to watch how Agler reshapes how Dallas plays.

Diggins-Smith is expected to return at some point this season. But unless there's a major change of mind from Cambage, she won't play for the Wings. Agler has always been a strong defensive-minded coach, so we'll see to what degree he can implement his style of play in the first season.

Meanwhile, the Chicago Sky could be a pretty fun team to watch develop under James Wade, who has been a WNBA assistant but moves into the lead role this season and has some exciting young players to work with for the Sky.

This draft class doesn't have that one player who you would bet the house is an immediate franchise-changer, like rookie of the year A'ja Wilson was last summer with the Las Vegas Aces. That said, there are more first-year players who have a chance to make an impact than is generally the case. Especially with some of the stars' absences, rookies could get a lot of court time.

Notre Dame's Jackie Young was the No. 1 selection by the Aces, and you never dismiss the top pick's chances for the rookie of the year award. But Young might be more of a complementary player -- albeit a very good one who does a lot of things -- for the Aces.

And we certainly aren't going to overlook No. 2 Asia Durr (New York Liberty), No. 3 Teaira McCowan (Indiana Fever) or No. 4 Katie Lou Samuelson (Sky), all of whom should fill needed roles on their respective teams.

But early projections for rookie of the year favorite status probably lean toward No. 5 Arike Ogunbowale (Wings) and No. 6 Napheesa Collier (Lynx), in large part because they both could carry a big scoring load for their teams dealing with veteran absences. And they both have head coaches -- Agler and Minnesota's Cheryl Reeve -- who really like their personalities and how they play.

4. What happens in Vegas

In their first season in Las Vegas last year, the Aces developed a strong following and also a sense of identity, which is not easy for such a young team in a new place.

Yes, this franchise has missed the playoffs five of the past six seasons going back to its days in San Antonio, and it went 14-20 in 2018. But adding in a third consecutive No. 1 pick in Young, and being able to build on their positives from last year, could bring a trip to the postseason again.

Plus, the WNBA All-Star Game will be in Vegas this season, and fans have been looking forward to that since it was announced last year.

5. Don't write off the champs

Losing Stewart is a major punch in the gut for Seattle, there's no other way to put it. She's the best player in the world, so admittedly the idea of the Storm being able to repeat without her seems unlikely.

But there's this: They go in knowing they won't have Stewart to rely on, as opposed to losing her during the season and having to adjust. Jewell Loyd, Natasha Howard and Sue Bird will be heavily relied on, but Seattle could see the emergence of others.
Report a correction or typo
Related topics:
sportsespnchicago skywnbalos angeles sparksminnesota lynxdallas wingsseattle stormlas vegas acesespnw sportsespnw
Copyright © 2020 ESPN Internet Ventures. All rights reserved.
More Videos
From CNN Newsource affiliates
TOP STORIES