2021 NBA playoffs: After 50 years, of course it would be Terance Mann to help the Clippers finall... 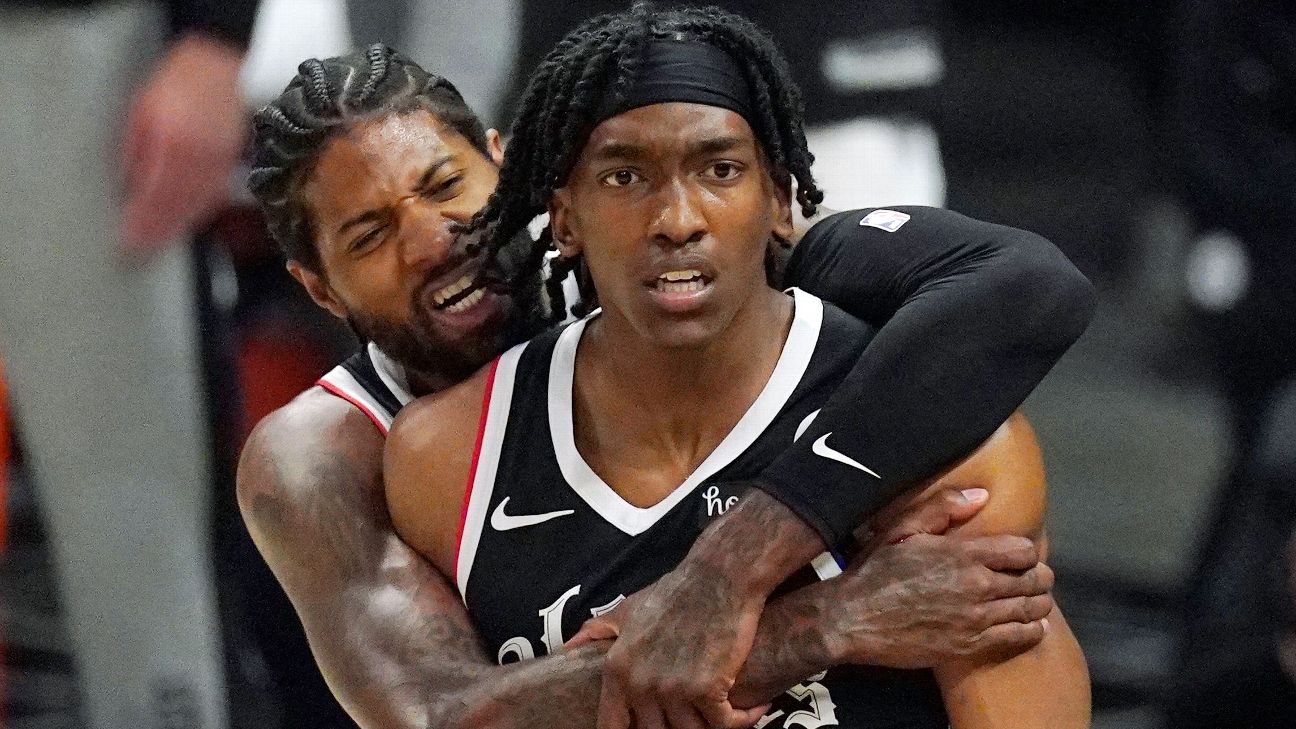 LOS ANGELES -- Looking back on it now, there was no way to see what Terance Mann did in the Los Angeles Clippers' 131-119 series-clinching win over the Utah Jazz on Friday night coming.

No way. Anyone who says they foresaw the second-year player scoring 39 points to send the Clippers to the first Western Conference finals in franchise history is still delirious from watching what unfolded in front of the first full-capacity indoors crowd in Los Angeles since the COVID-19 pandemic began.


Terance Mann, born in 1996, drafted No. 48 overall in the 2019 NBA draft, just helped one of the NBA's most beleaguered franchises break through a barrier that frankly has seemed rather cursed over the years.

So many of the Clippers fans who packed Staples Center on Friday night have lived through nights over the years that started with so much promise but turned sour. There was the blown 19-point lead against the Houston Rockets in 2015 that began the team's collapse from a 3-1 series lead. There was last season's excruciating 3-1 meltdown against the Denver Nuggets in the NBA bubble in Lake Buena Vista, Florida.

Even the three home losses against the Dallas Mavericks in the first round tested the faith of even the most die-hard Clippers fans. And let's not even mention the decades of embarrassment and aggravation they lived through under former owner Donald Sterling.

So much baggage -- and the Clippers and their fans unloaded a ton of it Friday night.

The entire second half felt like a collective exhalation, as the Clippers rallied back from a 22-point halftime deficit. First, Mann got going, then Reggie Jackson (27 points), then Paul George (28), then Nicolas Batum (16) and then Patrick Beverley (12).

The crowd started to believe the rally could go all the way when Mann scored eight straight points in less than a minute to cut a 15-point lead to 90-83 with 3:03 to go in the third quarter.

For the next timeout, the in-house entertainment cued up DMX's "Party Up." The first line -- "Y'all gonna make me lose my mind" -- perfectly captured the moment.

Those who've followed the Clippers closely all season have enjoyed watching his development. He has been a source of pride for the franchise's front office and coaching staff.

Those who just started following the Clippers probably learned his name on Wednesday, when he started in place of the injured Kawhi Leonard and had one of the dunks of the year over Utah's three-time Defensive Player of the Year, Rudy Gobert.


The dunk was audacious in both his execution and the ambition to go at the 7-foot Gobert. Afterward, in the only bit of foreshadowing anyone can honestly point to, Mann shrugged and said he was tired of settling for 3-pointers against one of the best shot-blockers in the NBA.

"I just wanted to see what I could do," Mann said after Game 5.

In Game 6, he showed everything he could do.

"You saw a full complete game from a second-year player," George said. "You saw him stretch the floor. You saw him defensively. You saw him rebound. You saw him muscle his way to the basket.

"You just saw so many flashes of so many different things -- and he did it in the most crucial part of the game. Honestly, he single-handedly willed us back."

George spent a lot of time with Mann at the beginning of the 2019 season, when he was working his way back from shoulder surgery.

"T-Mann was like my sparring partner," George said. "His tenacity was what I needed to get me back playing at an elite level. We challenged each other. I hope I was able to pass some things off to him.

"He works on his game so much. One of the best young players that I've been around. Reminds me a lot of myself. He puts the work in. So, we tell him, we come out here, you work so hard, for what? Come out here and show it."

In many ways, it feels appropriate that a young man with little connection to the Clippers' past played such a key role in changing it. Mann wasn't carrying the same baggage that veterans like Beverley, the longest tenured Clipper, have been.

"I was here when we were the eighth seed, celebrating just to get in the playoffs," Beverley said. "To finish a game like this, to make history, it's special, man.

"To be the last man standing and kind of write history is special, man, very special."

George, who grew up in Palmdale, California, about an hour north of downtown Los Angeles, knew and felt that weight.


"You felt it," George said. "The cheers, the excitement. You felt the monkey off of the Clippers' back in terms of getting out of the second round."

Even coach Tyronn Lue, who -- as a player -- won two of the 17 championships owned by the crosstown Los Angeles Lakers, understood the history the Clippers are trying to undo here in Los Angeles.

"I always look at it differently. I know the Lakers are out and there's a lot of Laker fans here. But once the Lakers are gone, if we're not playing the Lakers, you should be cheering for the Clippers because it's all in one city. I can just feel the love and I'm very happy and proud of our guys."

It's hard to process, much less put the game into perspective for the Jazz. Utah had the best record in the league this season. But the team that took the court in this series was hobbled. Young superstar guard Donovan Mitchell played through an obviously painful ankle injury. Veteran All-Star guard Mike Conley gave it a go on an injured hamstring that kept him out the first five games of the series.

Both men gave the Jazz a lift, just by being out on the court. Utah even built a lead in the first half as Mitchell scored 22 of his team-high 39 points and Sixth Man of the Year Jordan Clarkson erupted for 21 first-half points.

But the Jazz ran out of steam in the second half, as Clarkson went scoreless and Mitchell wore down, just as the Clippers and their fans were roaring back.

"First of all I think they were the tougher team over the course of the series and the more connected team," Gobert said. "They stay together even when down 22, they kept playing their style of basketball, they kept moving the ball, they kept finding the open man, they just stayed with it.

"The last few years have ended in a frustrating way for us as a team. For myself I try to ask myself the right questions when I'm able to have a clear mind and try to think about, 'What can I do? What can we do? To make sure that never happens again.'"

This night belonged to the Clippers, though. The unbelievable story, written by a kid who shares a name with one of the most famous fictional authors in movie history, Terence Mann, played by James Earl Jones in "Field of Dreams."

This Terance Mann inspired a storybook comeback, too. Only this one really happened. And the ending is still unwritten. 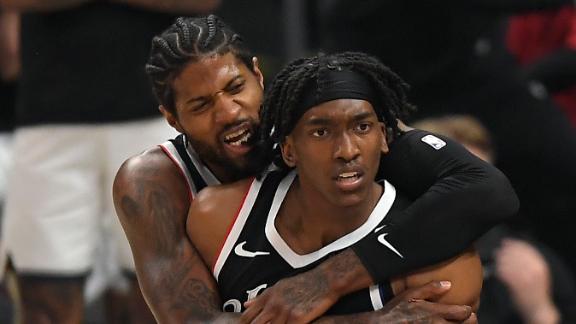 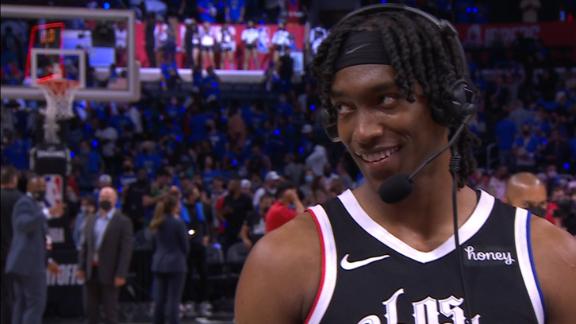