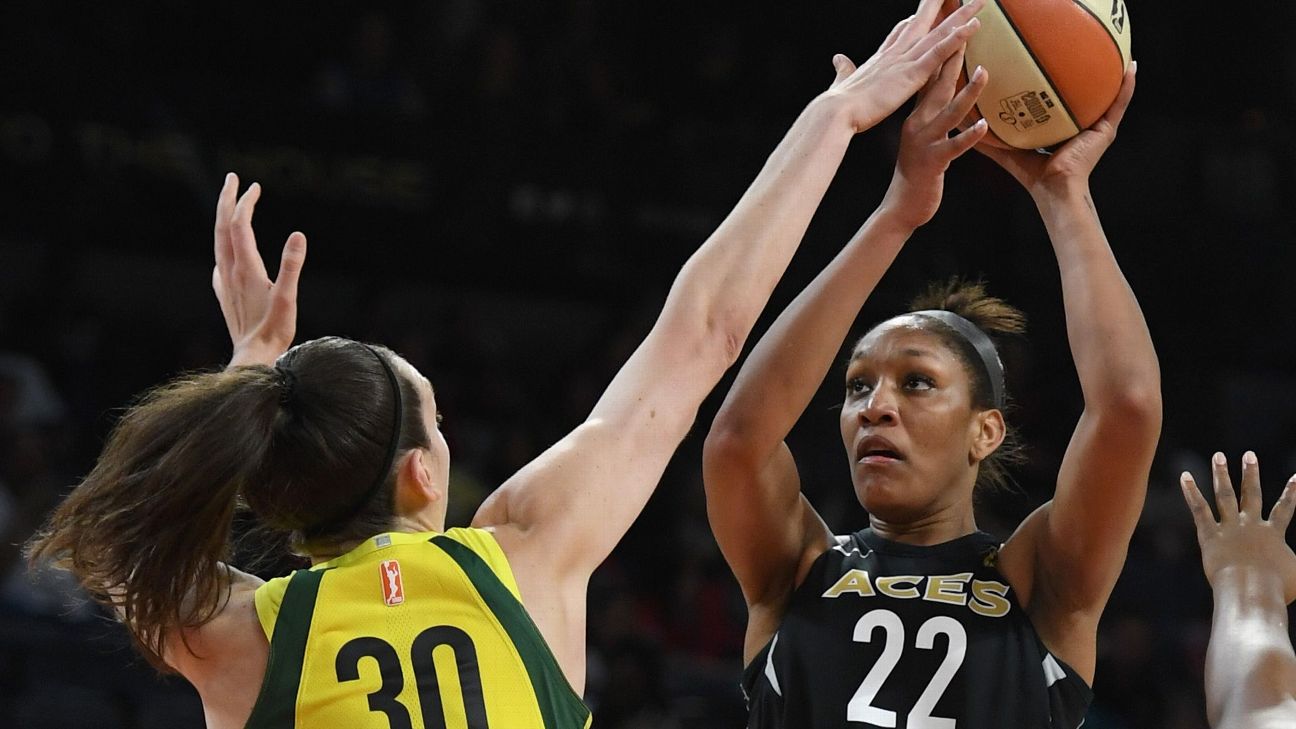 Phoenix Mercury center Brittney Griner is also scheduled to be at the camp. Griner, who left the WNBA's bubble in Bradenton, Florida, on Aug. 22 before the season ended, won gold with the U.S. team in the 2016 Olympics and the 2014 and 2018 World Cups. She averaged 17.7 points and 7.5 rebounds in 12 games last season for the Mercury before she left the team for personal reasons. Earlier this month, she joined her Russian League team UMMC Ekaterinburg and began playing last week.


Four-time Olympic gold medalists Sue Bird of Seattle and Diana Taurasi of Phoenix will not be at the camp. Bird, 40, and Taurasi, 38, opted to exercise extra caution for health reasons, a source said, but both are still hopeful of competing again in the Summer Games, which are scheduled for July 23-Aug. 8 in Tokyo, Japan.

Bird and Taurasi have been national team fixtures at guard since they finished their college careers at UConn in 2002 and 2004, respectively, and have rarely missed training camps except if they were involved in the WNBA or EuroLeague playoffs. One or the other or both have been at all but six camps since 2002, according to USA Basketball. Bird has four golds from the FIBA Women's Basketball World Cup and one bronze, while Taurasi has three World Cup golds and one bronze.

The U.S. team is 66-3 all time in the Olympics and has won six consecutive gold medals. This will be the U.S. national team's first training camp since February 2020. Comprehensive COVID-19 protocols will be utilized, including regular testing, and no media or spectators will be allowed to attend.

"I'm excited to step back on the court with the USA national team," Staley said. "We've got a great mix of veteran leadership and younger players, most of whom know how I run practices, and I anticipate we'll have four extremely competitive days of practice here in South Carolina. We're missing a few pieces of the puzzle; we have 36 players in our pool. But it will be incredibly helpful in our preparations for the Olympics in Tokyo this summer."

DeShields also left the WNBA bubble early last season. Hampered by injury, she was limited to 13 games with the Sky in 2020 and has not played overseas this winter.

The camp will mark Plum's return to the court. The guard missed this past season after suffering an Achilles tendon tear and she has not played overseas this offseason.

Copper is not in the national team pool but was invited to participate in the camp and might be added to the pool in the future.