Given what players all across the country had to weather and the sacrifices they made just to have a college football season, maybe we should hand out awards to everybody on a roster.

But we've narrowed down the 2020 ESPN All-America team to 26 players, and the offense, not surprisingly, has a distinct Alabama flavor. The Crimson Tide, the No. 1 seed in the College Football Playoff, ranked second nationally in scoring offense (49.7 points per game) and scored more than 40 points in 10 of their 11 games this season. Leading the way for Alabama on the All-America team were quarterback Mac Jones, running back Najee Harris, receiver DeVonta Smith, offensive tackle Alex Leatherwood and center Landon Dickerson, and on defense, cornerback Patrick Surtain II.


Ten of the players are on College Football Playoff teams, and Ohio State offensive guard Wyatt Davis is the only repeat selection from a year ago. Here is the complete team.

Who would have believed a couple of years ago that Jones would earn first-team All-American honors when he was stuck behind Tua Tagovailoa and Jalen Hurts on the depth chart? It has been a dream season for the 6-foot-3, 215-pound redshirt junior. Jones led the country with a 202.3 passer rating while throwing for 3,739 yards, 32 touchdowns and just four interceptions.

Yes, Alabama was loaded at the offensive skill positions, and the 6-2, 230-pound Harris did a little bit of everything for the Crimson Tide during a sensational senior season. He rushed for 1,262 yards and 24 touchdowns and also caught 32 passes, including three that went for touchdowns. Harris scored five touchdowns in the SEC championship game win over Florida and ranked third nationally with 40 runs of 10 yards or longer.

Hall, a 6-1, 215-pound sophomore, rushed for 100 yards or more in all but three games this season for the Cyclones, finishing with an FBS-high 1,436 rushing yards. He also rushed for 19 touchdowns and caught 21 passes for two more touchdowns. Hall was a physical runner between the tackles and could pick up the tough yards. He totaled eight runs of 30 yards or longer, which ranked third nationally.

Smith was simply the best player in college football this season. The 6-1, 175-pound senior made acrobatic plays, caught in traffic and then ran away from defenders after the catch. Nobody had success covering him this season. He caught 98 passes, with 17 going for touchdowns, and had an 84-yard punt return for a touchdown against Arkansas.

The 5-9, 174-pound senior ended the regular season as the national leader in touchdown receptions (19), third in receiving yards (1,190) and fourth in receptions (74). Darden led the country with 14 catches of 30 yards or longer and caught three or more touchdowns in four of the Mean Green's nine regular-season games this season. Darden's consistency set him apart. He had at least one touchdown catch in all nine games.

Pitts was a nightmare matchup for defenses this season with his size, speed and playmaking ability, even when he was seemingly covered. The 6-6, 246-pound junior was easily the country's most dynamic pass-catching threat at tight end and led all tight ends with 12 touchdown receptions. If Pitts wasn't catching a touchdown pass, he was usually catching one that led to a Florida first down.

Quarterback Zach Wilson was hardly the only star on BYU's high-powered offense. Christensen, the Cougars' 6-6, 300-pound left tackle, put together a dominant junior season as both a run-blocker and pass-protector and was the cornerstone of a BYU offensive line that ranked among the best in college football. The Cougars averaged 322.8 passing yards and 187.2 rushing yards per game.

A consensus All-American a year ago, Davis has again been a dominant force this season for an Ohio State offense that has carved teams apart with both the run and the pass. The 6-4, 315-pound junior was named Big Ten Offensive Lineman of the Year and was the centerpiece of one of the best offensive lines in the country from his right guard spot.


Dickerson is as smart and savvy as he is strong and powerful, and he manned the middle of that Alabama offensive line with an edge that permeated the entire team. Losing the 6-6, 325-pound redshirt senior to a knee injury against Florida in the SEC championship game was a huge blow. Dickerson allowed just one quarterback pressure and no sacks in more than 600 regular-season snaps. A transfer from Florida State, Dickerson played some at guard and center in 2019, but settled in at center this season.

Banks, a 6-5, 330-pound senior, has been the enforcer on a Notre Dame offensive line that is one of the strongest in the country. He's a road grader in the running game from his right guard position but is equally skilled as a pass-protector. Nicknamed the "Dancing Bear," Banks allowed just two sacks in 844 snaps as a junior and has been an even more complete offensive lineman this season.

Alabama's massive offensive line paved the way for Harris to rush for 1,262 yards and for Jones to pass for 3,739 yards, and Leatherwood was the cornerstone of that offensive line from his left tackle position. The 6-6, 312-pound senior has been a stalwart on Alabama's line going back to the 2018 season and has been just as much a force at tackle as he was at guard when he entered the starting lineup.

The 5-10, 205-pound senior was as consistent as he was explosive this season. He was a big play waiting to happen and had 18 plays from scrimmage of 20 yards or longer. Etienne was also the only player in the country with more than 800 rushing yards (882) and more than 500 receiving yards (524). His 1,635 all-purpose yards ranked fourth nationally, and he totaled 12 rushing touchdowns and two receiving touchdowns.

Jackson, a 6-2, 260-pound fifth-year senior, was the catalyst for a Coastal Carolina defense that ranked 16th nationally in scoring defense. Despite being double-teamed all season, Jackson led the unbeaten Chanticleers with 13.5 tackles for loss, including 8.5 sacks, and forced three fumbles. He was equally disruptive in stopping the run as well.

Not only was Nixon one of the best interior defenders in college football this season, he was also one of the biggest breakout stars. A year ago, he was a part-time player for the Hawkeyes. In 2020, he put it all together to earn Big Ten Defensive Player of the Year honors. The 6-3, 305-pound junior led the Big Ten with 13.5 tackles for loss, including 5.5 sacks, and produced one of the plays of the year with his 71-yard interception return for a touchdown against Penn State.

Stills has been a fixture on West Virginia's defensive line since his true freshman season in Morgantown but emerged the past two seasons as one of the top interior defensive linemen in college football. The 6-1, 285-pound senior was named Big 12 Defensive Lineman of the Year this season and plays with uncanny leverage and quickness. He finished with 7.5 tackles for loss, including 3.5 sacks, and intercepted a pass.

The Panthers had the best defensive end combo in the country in Weaver and Patrick Jones II. This season was especially sweet for Weaver, who missed all of last season with a knee injury he suffered during preseason camp. The 6-5, 270-pound redshirt senior came roaring back with 14.5 tackles for loss, including 7.5 sacks, and forced three fumbles. His 48 quarterback pressures led the country, according to Pro Football Focus.

What hasn't Collins done this season? The 6-4, 260-pound junior intercepted four passes, two of which he returned for touchdowns, including a 96-yarder to beat Tulane. A rare combination of size and speed -- Collins was a high school quarterback -- he had 11.5 tackles for loss, including four sacks, and had a safety in helping the Golden Hurricane go 6-2.

Ossai closed out his college career with his best season. The 6-5, 243-pound junior, who has declared for the NFL draft, led the Big 12 with 16 tackles for loss, including five sacks, and forced three fumbles. In Texas' 41-34 win over Oklahoma State this season, Ossai became the first Power 5 player to record at least 12 total tackles, six tackles for loss and three sacks in a game since Nebraska's Ndamukong Suh in 2009.

The ACC championship game loss to Clemson was a bummer for Notre Dame, but what a regular season Owusu-Koramoah had for the Irish. The 6-1, 215-pound senior is versatile enough to play all over the field and made game-changing plays for Notre Dame all season. He tied for the team lead with 57 total tackles, including 11 for loss, and forced three fumbles.

Nick Saban has had some talented cornerbacks at Alabama, and Surtain ranks up there with any of them. There aren't many cornerbacks with the size, range and coverage ability of the 6-2, 202-pound Surtain, who has made 36 consecutive starts for the Crimson Tide. Opposing offenses stayed away from Surtain's side of the field most of the season -- and with good reason.

Wade moved from the slot cornerback position to the outside corner position this season for the Buckeyes and didn't put up the numbers he did a year ago, especially in a shortened season. But he was still named the Big Ten Defensive Back of the Year and is the kind of corner who makes everybody around him on defense look a lot better.

The 6-1, 215-pound junior led the Trojans with 62 total tackles in six games and was a playmaker whether he was defending the pass or stopping the run. He was also an effective pass-rusher when USC brought him on blitzes (three sacks) and finished the season with four interceptions and two forced fumbles.

One of the best safeties in college football the past couple of years, Moehrig really showcased his versatility this season, whether he was making big hits in space or clamping down on receivers in coverage. The 6-2, 202-pound junior was third on TCU with 47 total tackles, including two for loss, and broke up nine passes.

York was at his best from long distance for the Tigers. He was 8-of-10 on field goal attempts from 40 yards or longer, and that included going 5-of-6 from 50 yards or longer. His biggest field goal of the season was a school-record 57-yarder in the heavy fog to lift LSU to an upset 37-34 victory over Florida. York, a sophomore, made 14 of 17 overall field goals this season and has kicked nine field goals of 50 yards or longer in his career.

Harvin closed out a stellar career at Georgia Tech with his best season yet. His 48-yard average led the country in punting (among players playing five or more games), and he broke the school record of 45.6 yards, which was set more than 20 years ago. Of Harvin's 45 punts, 22 went for 50 yards or longer, and 18 were downed inside the 20-yard line. The Yellow Jackets ranked third in the FBS in net punting.

Haydel, a 6-foot, 170-pound senior receiver, turned in one highlight-reel play after another this season. His one-handed touchdown catch against SMU was one for the ages, but he saved some of his best stuff for special teams. He had a tackle-breaking, 91-yard punt return for a touchdown to send the UTSA game into overtime, and he returned a kickoff 97 yards for a touchdown against Georgia Southern. 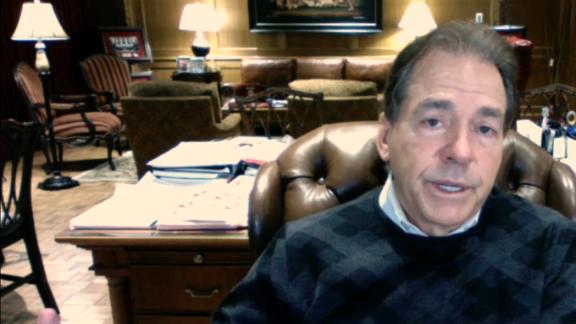