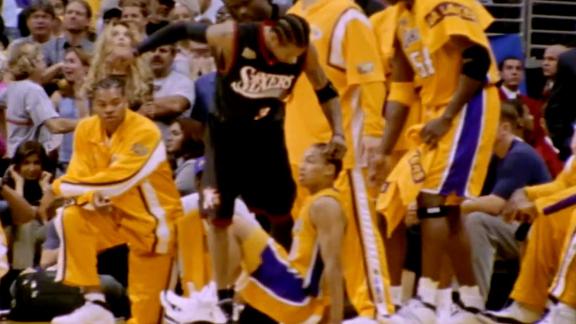 Two decades later, Game 1 of the 2001 NBA Finals between the Philadelphia 76ers and Los Angeles Lakers remains arguably one of the most recognizable games in NBA history, but not for conventional reasons, as it certainly didn't appear to be a well-balanced matchup.

The Lakers were the defending champs, led by Shaquille O'Neal and Kobe Bryant and hadn't lost in over two months.


On the other hand, the Sixers were fresh off of back-to-back seven game series with the Vince Carter-ledToronto Raptors and Ray Allen and Glenn Robinson-ledMilwaukee Bucks. They were also making their first Finals appearance since the team was shepherded by Julius Erving, Moses Malone, and Bobby Marks.

Although it ended up being the game that put an end to Los Angeles' perfect postseason run, the series wasn't even a close one as the Lakers handily won the series, 4-1. So, what made this game so special?

Well, the only answer is The Answer.

Allen Iverson's signature step over Tyronn Lue is a play that will never go out of style.

Lue, who is the current head coach of the LA Clippers, didn't shy away from expressing how the incident put a spotlight on his career.

"The step over definitely made me famous," he told The Undefeated in 2017. "The thing with Allen Iverson is, he made me."


Surprisingly, the aftermath of such a polarizing sequence is a genuine friendship.

"Like, after the Finals, probably four or five years after, we hated each other," Lue said in 2016. "But then after the careers went along, we became pretty close and had a good bond. He's really a good friend of mine."

Iverson also shared his thoughts on the iconic moment and revealed that he doesn't agree with the negative treatment Lue received as a result of it.

"I don't like it because I love him," Iverson told Rachel Nichols on The Jump in 2016. "I don't like people joking on him and all that, because that's my man."

He went on to compare the notoriety of this event to his other iconic crossover on Michael Jordan, which was just one token that cemented his legendary rookie season and ultimately his Hall of Fame career.

"I didn't even know I did it. I was in the moment. Just like everybody talks about the Jordan crossover, I didn't remember that, I was just playing."


Despite Iverson's unintentional reasoning for those two plays, these instances became symbols of his legacy not just in the City of Brotherly love, but across the NBA world and beyond.

Coincidentally, Philly secured the No.1 seed in the East this season for the first time since that 2001 Finals run. Although the Lakers' first-round exit means we won't be seeing a rematch of the '01 contest, the Sixers will take on the Atlanta Hawks for Game 1 of the second round exactly 20 years later.

On the same day and opposite coast, coach Lue's Clippers will face the Dallas Mavericks in a highly anticipated Game 7 showdown.

While it could just be a twist of fate, perhaps this is just another example of how Iverson and Lue will always be connected.

Iverson steps over Lue in NBA Finals
On June 6, 2001, Allen Iverson's crossover left Tyronn Lue on the floor, and "The Answer" stepped over Lue after hitting the jumper. 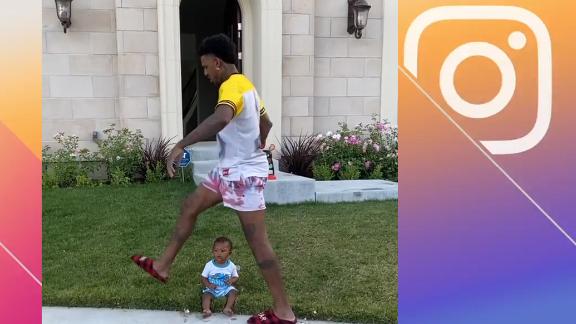 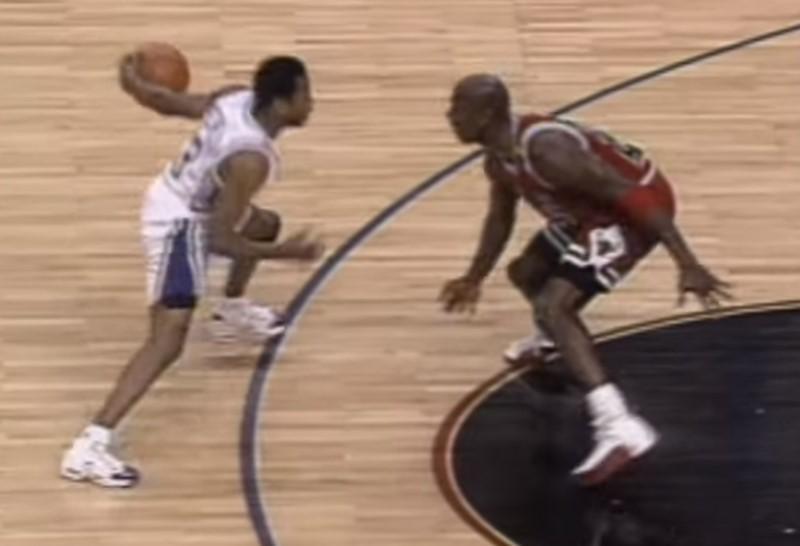