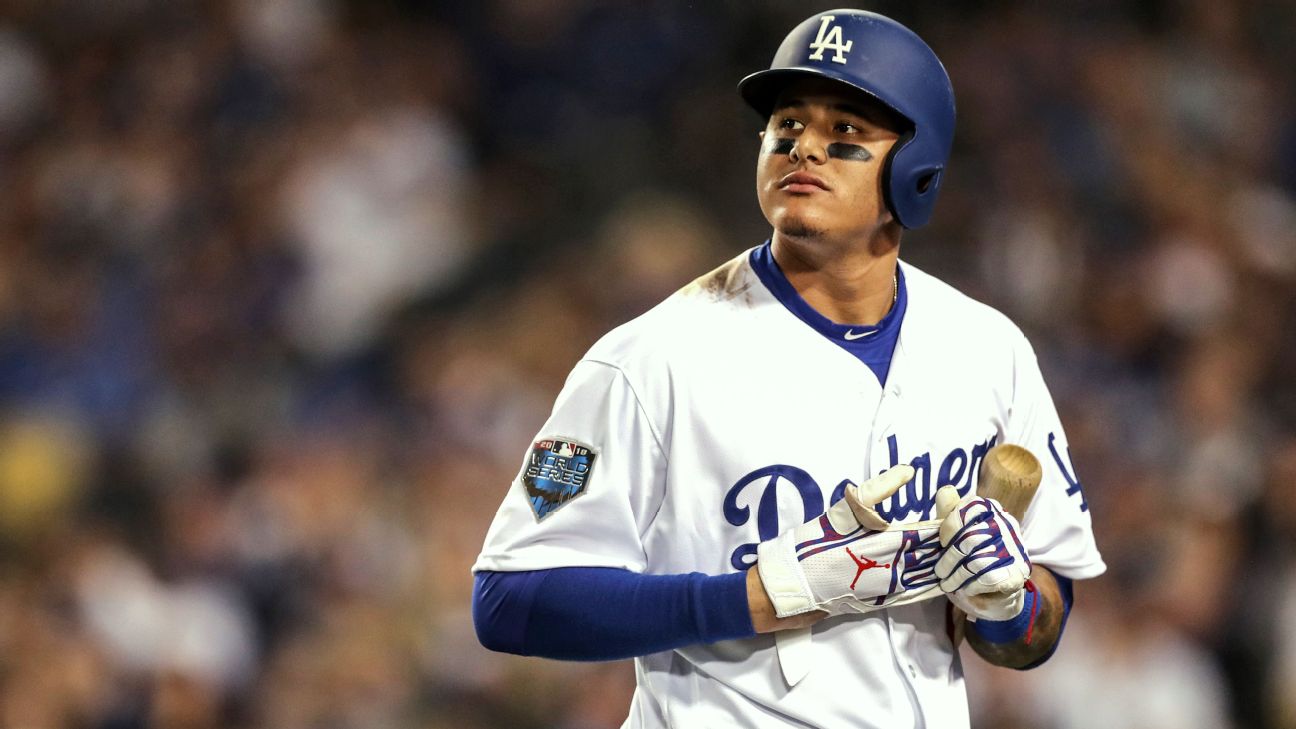 CARLSBAD, Calif. -- Andrew Friedman knew he was getting a player who didn't hustle all the time when he traded for four-time All-StarManny Machado. Still, Friedman, theLos Angeles Dodgers' president of baseball operations, was willing to acquire him because his good points outweighed the bad.

"He got booed in Baltimore three weeks before we traded for him," Friedman said Tuesday at the general managers meetings. "It's not like it was a secret. I think it's never a fun thing to watch, at least from my perspective and vantage point, but I do think it's important to dig further into that, and I think there are times when guys do that and they don't really care. And I think there are other times where guys do it and they really do care, and by care I mean the effort they put into their work, the type of teammate they are, and Manny checks all those boxes."

Machado, 26, is one of the top two free agents on the market along with outfielder Bryce Harper after a three-plus-month stay with the Dodgers. Machado was acquired from the Orioles in mid-July and took over the shortstop job that opened when Corey Seager tore an elbow ligament in late April that required season-ending surgery.

He kicked Milwaukee first baseman Jesus Aguilar near the ankle as he jogged out a groundout during the National League Championship Series, leading to a $10,000 fine, and was criticized for a pair of hard slides into Brewers shortstop Orlando Arcia, prompting Brewers outfielder Christian Yelich to call Machado "a dirty player."

Machado stood at home plate watching a fly ball in Game 3 that bounced off a wall and became a 368-foot single, spiked Boston first baseman Steve Pearce in Game 4 and fell to a knee striking out against Chris Sale in Game 5, ending the Dodgers' second straight World Series loss.

"So would I rather see more effort as I'm watching? Of course. I think anyone would say that," Friedman said. "But I think that in and of itself isn't as critical of a dynamic as it would be if he didn't care, if he didn't put in the work, didn't put in the effort, and that in our 3 months of being around him was really strong."

Friedman said he is confident the Dodgers will reach a new agreement with Dave Roberts, their manager for the past three seasons.

"The conversations have been pleasant and they have been ongoing," Friedman said.