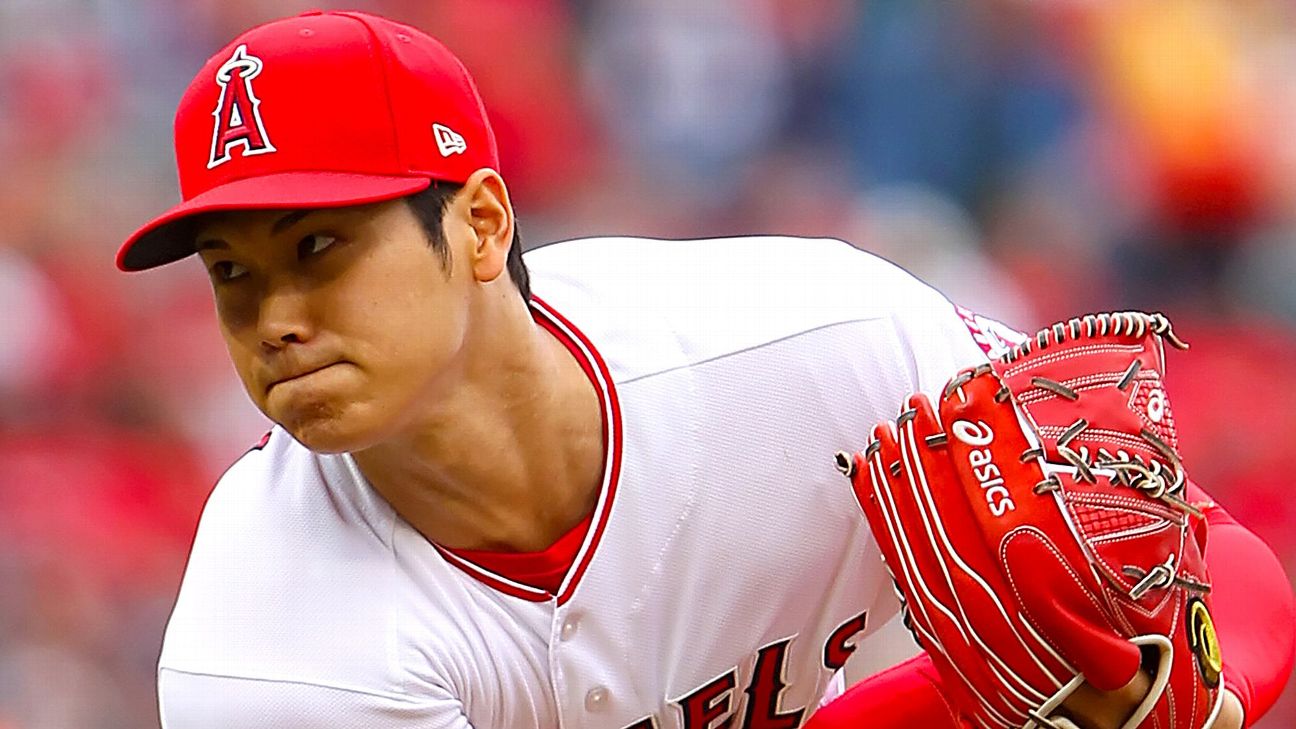 ANAHEIM, Calif. -- The Los Angeles Angels are still 10 days away from having any idea how long they'll be withoutShohei Ohtani, the Japanese two-way sensation who's hoping injections of stem cells and platelet-rich plasma will heal his injured elbow without the need for surgery. But Angels manager Mike Scioscia told reporters on Monday that the team remains "very optimistic about the prognosis."

Ohtani, who boasts a .907 OPS and a 3.10 ERA in his first season since coming over from Japan, was diagnosed with a Grade 2 sprain of the ulnar collateral ligament on his right (pitching) arm on June 7, prompting the treatment. Grade 2 sprains typically indicate some degree of damage, but not a complete UCL tear.

Scioscia said pregame that Ohtani would be re-evaluated in "two to three weeks," which seemed to push back the initial timeline. But Angels general manager Billy Eppler later said the re-evaluation would still take place in 10 days.

"Initially he was obviously very disappointed," Scioscia said prior to Monday's game against the Arizona Diamondbacks from Angel Stadium. "I think that as he's gone through this first week of therapy, I think he's come to grips with it and understands exactly what the process will be. Our medical staff and doctors -- we're very optimistic."

The Angels are hopeful that PRP and stem cells can heal Ohtani's UCL without the need for Tommy John surgery, which would potentially keep him away from the starting rotation until the start of the 2020 season. But the team won't have any real indication until it re-evaluates him on June 28, which would mark three weeks since Ohtani received the injection.

From that point forward, Ohtani's rehab could theoretically go a variety of different ways. One potential option could be to have him rehab the injury as a pitcher while continuing to contribute as a hitter, a plan Scioscia seems to be open-minded about.

In the meantime, Ohtani has spent the past four days taking swings with only his left arm in an attempt to keep his lower half active.

"As far as we talk about Shohei -- it's really two different players, and one does not necessarily impact the other," Scioscia said.

Scioscia would not entertain hypotheticals about the different options for Ohtani's rehab.

"Let's take this one step at a time. He had the procedure last week. We're going to look for direction from the medical staff and just see exactly what the next course of action will be. I don't think it's going to serve any purpose to get into hypotheticals. Let's wait and see where we are whenever they re-evaluate it."
Report a correction or typo
Related topics:
sportsespnmlblos angeles angelsinjuryuclshohei ohtani
Copyright © 2022 ESPN Internet Ventures. All rights reserved.
TOP STORIES
Kidnapped SoCal teen found in NY thanks to quick-thinking detective
FTC warns about baby formula scams on the rise amid shortage
16-year-old girl stabbed by classmate in Montclair, police say
$45,000 reward offered in case of teen killed in Inglewood shooting
Controversy surrounds Villanueva over campaign ad filmed in church
House passes terrorism bill after shooting in Buffalo, New York
More than 50 brown pelicans found injured, sick or starving in SoCal
Show More
LAUSD gets more than $44M in grant funds for under-resourced campuses
Norwalk teacher arrested for allegedly sexually abusing 2 students
Alleged gunman sent diary to newspaper before OC church attack
What is monkeypox? What to know after US confirms 1st 2022 case
SoCal: Public warned of unlicensed COVID testing sites as cases rise
More TOP STORIES News