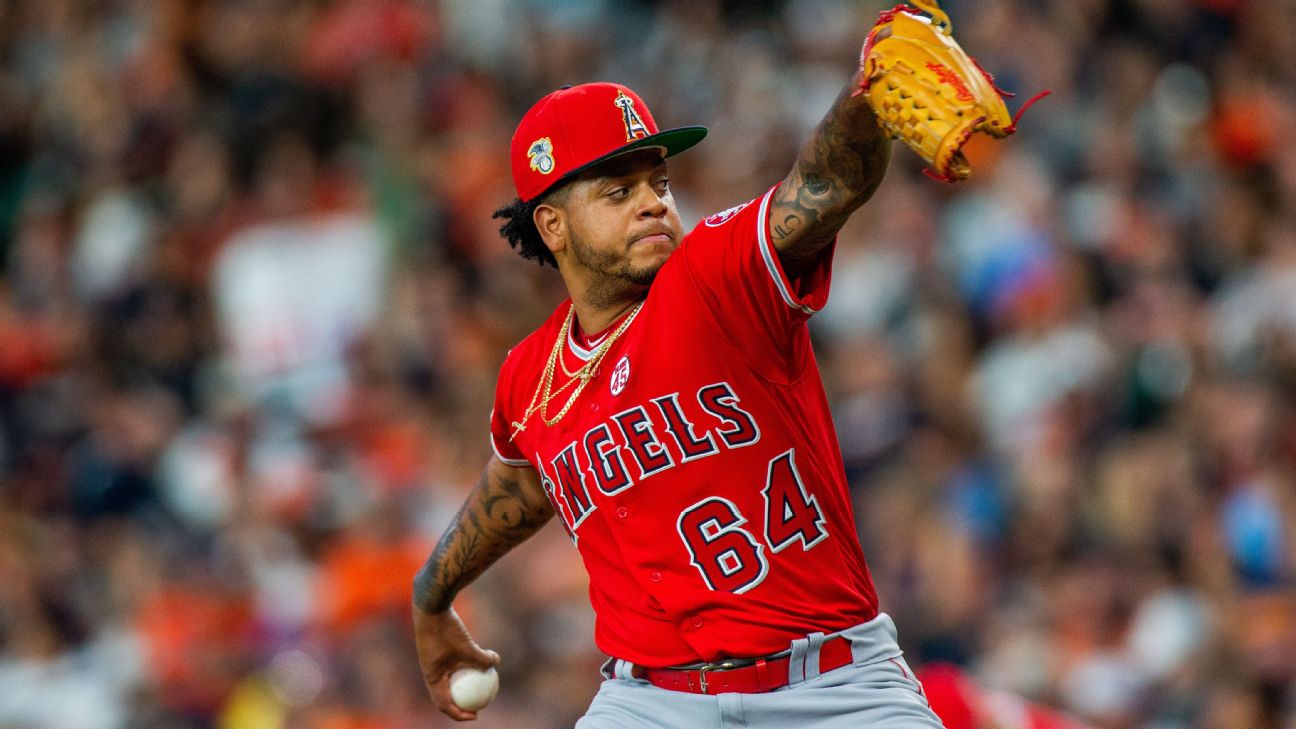 CLEVELAND -- Los Angeles Angels starting pitcher Felix Pena was carried off the field after spraining his right knee in the second inning against the Cleveland Indians on Saturday.

Pena was hurt as he stepped on first base to record an out on a ground ball hit by Jose Ramirez. First baseman Albert Pujols fielded the ball and made a high underhand toss to Pena, who was covering the bag.

Pena reached for the ball and his left foot landed on the base. He hopped around on his left foot before going to the ground in pain holding his right leg.

The pitcher was eventually carried to the dugout by Pujols and a trainer. The team said he would undergo an MRI.

Angels manager Brad Ausmus didn't have an update on Pena following the game.

"I'm not overly optimistic based on his reaction,'' he said. "It didn't look out of the ordinary other than him going down right after he hit the top of the bag.''

Pena retired the first five hitters and was replaced by Trevor Cahill.