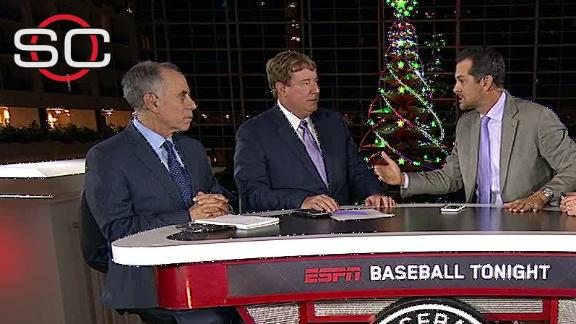 "I love the organization, they welcomed me with open arms, and that's why I decided to go back," Chapman told Rivera on Wednesday night after agreeing to the largest contract ever for a reliever. "I was hoping I had a chance to go back, and it happened.

"Every player dreams of being a Yankee, and if they don't, it's because they never got the chance."

"I just don't want to go that far," he said. "I did have the opportunity to stay here near my house [with the Miami Marlins], but no, I leaned more toward New York. I like the Bronx more."

The Marlins and Los Angeles Dodgers were the other finalists in the Chapman sweepstakes. While the Marlins were in it until the very end, the Dodgers dropped their pursuit earlier.

Chapman will slot behind Dellin Betances to work the ninth inning, as the Yankees will try to shorten games behind what could be a shaky starting rotation.

Nearly a year ago, the Yankees traded for Chapman, who was in the Cincinnati Reds' discount bin because of a domestic violence incident being investigated by police. While Chapman was never charged, he accepted a 30-day suspension from MLB for violating the domestic violence policy.

For the Yankees, Chapman stayed out of trouble and pitched well. The Yankees restored his trade value and dealt him to the Chicago Cubs at the deadline. While Chapman helped the Cubs win the World Series, the Yankees received four prospects, headlined by 19-year-old Gleyber Torres, who won the Arizona Fall League MVP.

"They are full of talented young players who want to prove themselves," Chapman said of the Yankees, who finished 84-78 last season. "Last year, in a short time, they proved they can be a great team."

Chapman told Rivera earlier this week that he wanted a six-year contract.

"I wanted six years but could not get it," he said Wednesday night. "I'm happy with my five years."

Yankees general manager Brian Cashman made it clear that Chapman was the Yankees' No. 1 target.

Many believe Chapman increased his value in the World Series, proving he can be relied on for multiple innings, though even he tired after being used hard in Games 5, 6 and 7. Still, his ability to come into a game before the ninth inning was in question heading into the final round of the postseason, and he proved he has that capability. His fastball was hittable at times, but when he mixed in some sliders and the occasional changeup, he became a more effective pitcher.

Chapman was always going to be used as a rental by the Cubs, as they did their heavy spending last offseason when they signed Jason Heyward, John Lackey and Ben Zobrist to free-agent deals.

Considering the injuries and inconsistencies of mainstays such asHector Rondon and Pedro Strop, Chapman was invaluable to the Cubs in the postseason. Cubs manager Joe Maddon relied on Chapman heavily, and the pitcher mostly came through, despite rarely being given a clean ninth inning to secure. In his 15 innings pitched in the playoffs, he struck out 21, giving up six runs and allowing several more inherited runners to score.

The bottom line is the Cubs asked Chapman to do everything, and he came through more times than not. 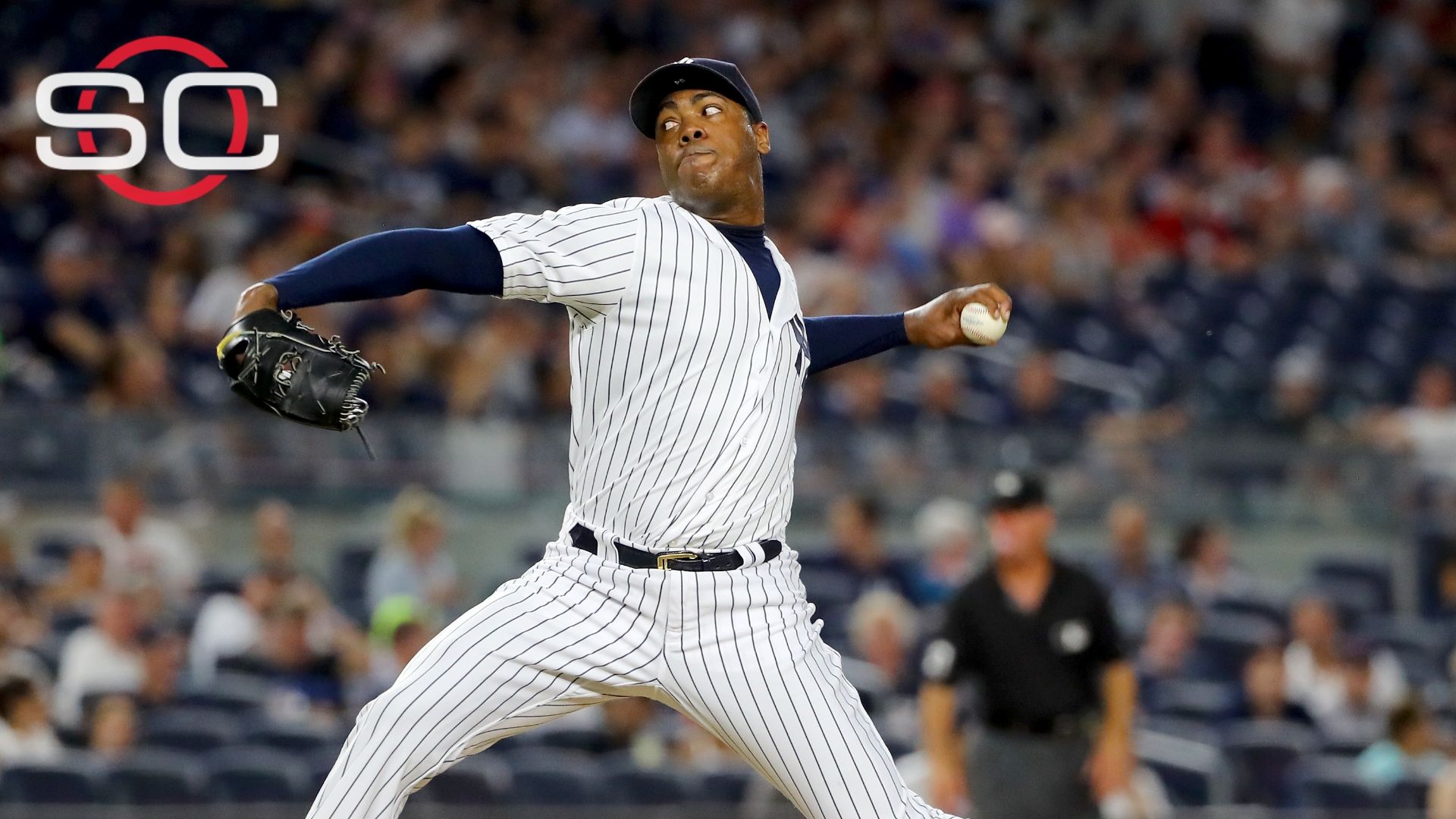 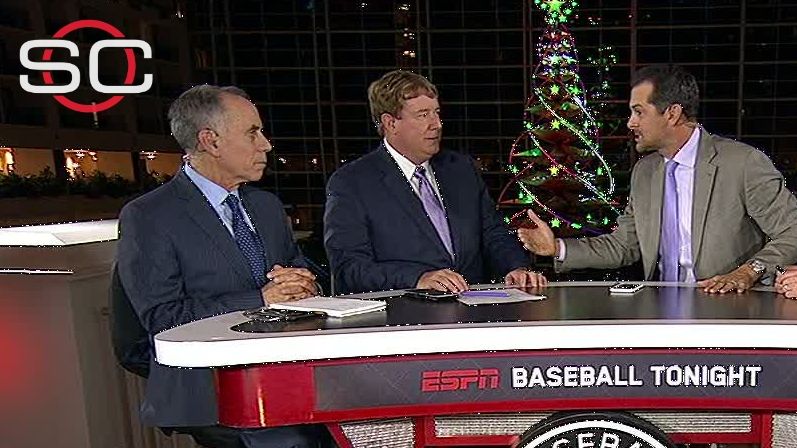