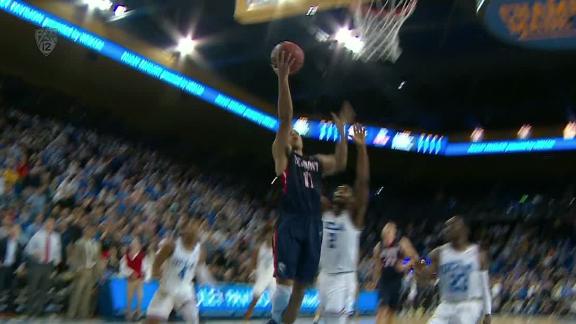 LOS ANGELES -- The Belmont Bruins visited the UCLA Hall of Fame to learn about the tradition of the other Bruins they were about to play.

Then Belmont went out and made history of its own.

Kevin McClain scored 20 points and hit the go-ahead layup with 2.3 seconds left, lifting Belmont over UCLA 74-72 on Saturday in what coach Rick Byrd said was the Tennessee school's biggest win since stunning North Carolina in 2013.

"The kids loved it," he said of the Hall of Fame visit. "They did not know who John Wooden was, so it was like Elvis to them. But in my era Coach Wooden was the guy. He was what all coaches look up to."

Wooden, who died in 2010, wouldn't have enjoyed seeing the UCLA Bruins play as poorly as they did in the second half.

UCLA's Cody Riley threw the ball out of bounds near mid-court on a costly turnover with 1 second remaining, capping a second half in which the Bruins were just 9 of 24 from the free throw line.

Riley was supposed to get the ball to Jaylen Hands on the run.

UCLA repeatedly gave up backdoor layups in the closing minutes.

"It was bad defense on our end. The coaches did not tell us to do that," Ali said. "That's on us."

"We don't have time to be cocky," Byrd said. "I hope they will be mature about it."

Kris Wilkes scored 19 of his 20 points in the first half and Hands added 12 for UCLA (7-3), which had its three-game winning streak snapped.

"I just sucked," Wilkes said. "I came out and played hard and didn't come out with the same intensity in the second half. I had the same defender on me the entire game. I got to come and play every half."

Windler's dunk off his steal of Hands drew Belmont within one before Grayson Murphy's 3-pointer gave the Bruins their first lead since early in the game.

UCLA tied the game twice more before McClain scored on a wide-open layup for a 71-69 lead. Hands made a 3-pointer to put UCLA ahead 72-71.

McClain's layup put Belmont back in front and Hollander made 1 of 2 free throws to seal the win.

UCLA built a 12-point lead, its largest of the first half, only to watch Belmont reel off four consecutive 3-pointers to tie it at 29-all. From there, UCLA outscored Belmont 14-11, with Wilkes scoring eight points, to lead 43-40 at halftime.

Belmont: The Bruins are looking to get back to the NCAA Tournament for the first time since 2015. They've won 20-plus games and earned postseason appearances in 12 of the last 13 years.

UCLA: The Bruins hit the road to face Cincinnati and No. 15 Ohio State in Chicago in their last big tests before Pac-12 play begins next month. They've gone 3-1 since losing consecutive games to ranked Michigan State and North Carolina. Their lone notable nonconference win so far was over Notre Dame at home.

Belmont starts three freshmen after losing All-OVC players Amanze Egekeze and Austin Luke to graduation. The Bruins play at Purdue to close out their nonconference schedule. "If we can play against these big guys, we can play against anybody else," McClain said.

Alford put the blame for the loss on himself, saying he "did a really poor job this week" when UCLA practiced in the midst of finals.

"We probably worked them too hard," he said. "I didn't like our energy, our attention to detail, our enthusiasm at all, and that falls squarely on my shoulders."

UCLA: At Cincinnati on Wednesday in the first of two games in the Midwest. 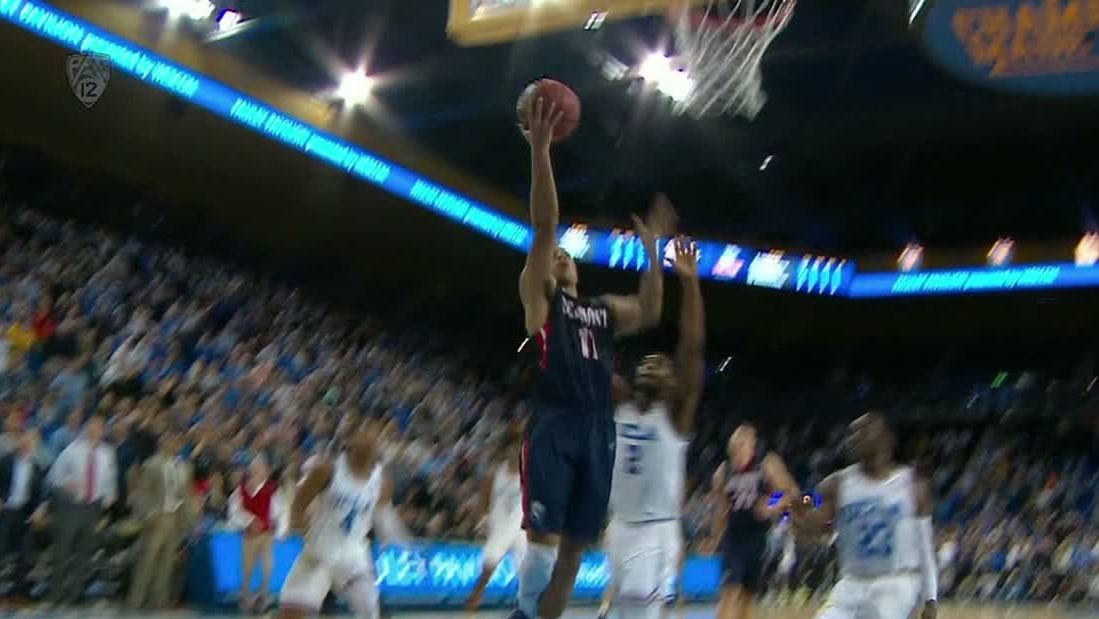