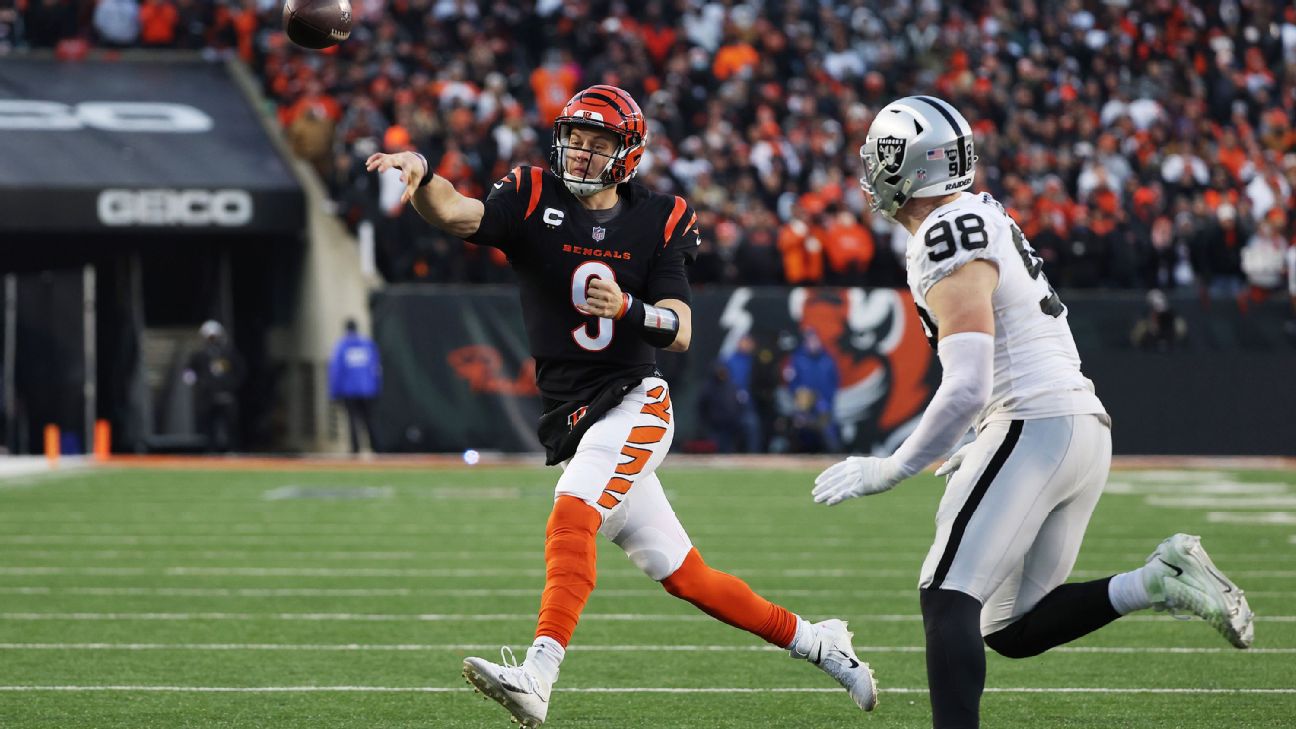 CINCINNATI -- The Cincinnati Bengals drafted Joe Burrow to bring the team success it hasn't had in a long, long time.

The quarterback is on his way to doing that in Saturday's wild-card game against the Las Vegas Raiders. On third-and-4 near the end of the first half, Burrow scrambled out of the pocket and somehow found Tyler Boyd for a 10-yard touchdown.


Burrow was perilously close to being out of bounds before he released the ball, which prompted a discussion from the officials and seemed to elicit an errant whistle.

According to the NFL rulebook, the play should have been blown dead because of the whistle. Instead, the sequence was allowed to continue and the Bengals took a 20-6 lead on the throw with 1:51 left in the first half.

The Bengals own the NFL's longest drought without a playoff victory. Cincinnati hasn't won a playoff game in 31 years. Burrow is doing his part to change that and produce a historic win.

After Boyd's controversial score, Derek Carr hit Zay Jones for a 14-yard touchdown with 19 seconds to play in the first half, pulling the Raiders to within 20-13 of the Bengals at halftime.


Jones ran a skinny post up the middle of the field and outleaped Bengals cornerback Eli Apple for the acrobatic catch as the two tried to out-wrestle each other for the ball.

It was Carr's first career postseason touchdown pass, as the eighth-year veteran is making his first playoff start. He missed the 2016 playoffs with a broken right leg suffered in the penultimate game of that season.