Blake Griffin thanks Clippers fans after trade, ready for 'next chapter' 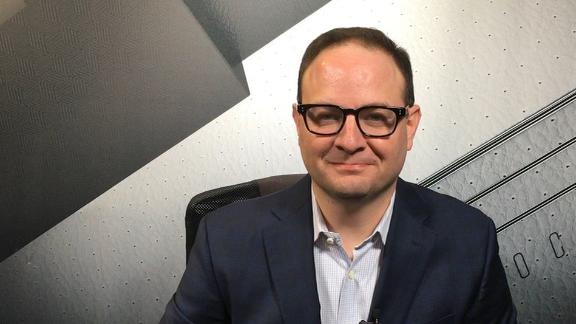 Blake Griffin is ready for the next chapter of his basketball career.

On Tuesday, the All-Star forwardtweeted out a statement to thank the LA Clippers' fans and the city of Los Angeles after he was tradedto the Detroit Pistons.

The 28-year-old Griffin had been the face of the Clippers, and in July he agreed to a $171 million, five-year deal, ending a brief flirtation with free agency. The deal didn't include a no-trade clause.

While a free agent in the 2017 offseason, Griffin met with Clippers owner Steve Ballmer, coach Doc Rivers and several players at Staples Center in a celebration of his career. At the end of the two-hour fete, Griffin rose and spoke, telling teammates, his coach and the owner, "I want my legacy to be a Clipper."

In Detroit, where the Cavaliers will play the Pistons on Tuesday night, LeBron James lamented that trades like Griffin's are considered part of the business, while players who explore free agency are blamed for being disloyal.

"When a player gets traded, it's, 'They was doing what's best for the franchise.' But when a player decides to leave, it's, 'He's not loyal. He's a snake. He's not committed.' It's just, that's the narrative of how it goes. So I'm definitely [aware]," he said. "I know that firsthand."

Griffin will wear jersey No. 23 with the Pistons, making the switch to the same number he wore in college at Oklahoma. His previous jersey number, 32, is not available in Detroit because the Pistons had retired it in honor of Richard Hamilton.

Griffin is averaging 22.6 points, 7.9 rebounds and 5.4 assists in 33 games this season, but the Clippers have been plagued by injuries and are ninth in the Western Conference standings.

In the deal, the Clippers receive Tobias Harris, Avery Bradley, Boban Marjanovicand a first- and second-round draft pick. The Clippers are also sending Brice Johnson and Willie Reed to Detroit along with Griffin.

Detroit is scuffling as well. The Pistons have lost eight straight heading into Tuesday night's game against Cleveland.

Adding Griffin gives Detroit's frontcourt another standout player alongside Andre Drummond, but it also represents a clear change in course from the roster the Pistons had assembled. Detroit acquired Bradley in a trade with the Boston Celtics last offseason, but he's in the final season of his contract. Harris has been impressive for the Pistons this season, shooting a career-best 41 percent from 3-point range.

The Clippers drafted Griffin first overall out of Oklahoma in 2009. However, he missed the 2009-10 season after surgery on his broken left kneecap, the first of several injuries that have marred his career.

As a rookie, he was an All-Star, won the slam dunk contest and was named NBA Rookie of the Year.

ESPN's Adrian Wojnarowski, Dave McMenamin and The Associated Press contributed to this report.

What is next for Clippers after Griffin trade?
Adrian Wojnarowski joins SportsCenter to explain what moves the Clippers may make next and how the rest of the league reacted to Blake Griffin being traded to the Pistons.