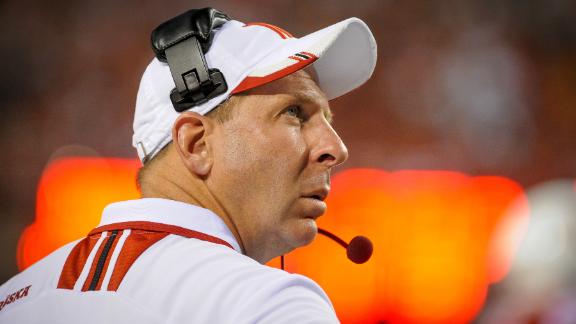 The school is expected to introduce him as the football team's new coach Wednesday. Pelini is a graduate of Cardinal Mooney High School in Youngstown, Ohio.

"It is with great passion and enthusiasm that I become the head football coach at Youngstown State University." Pelini said in a statement. "This is an exciting time for my family and me as we return to the Mahoning Valley. Mary Pat and our children are anxious to get involved in the Youngstown State and local communities. I am looking forward to getting to know a tremendous group of football student-athletes who are currently part of the program. YSU football has a rich championship tradition and a standard of excellence which our staff and players will work to uphold both on and off of the field."

Pelini was fired in November after seven years at Nebraska. He went to high school in Youngstown, Ohio.

The former defensive coordinator at LSU and Oklahoma, Pelini, in his first head-coaching job, produced notable consistency but little evidence that Nebraska was set to take the next step as a program. Pelini was 67-27 as Nebraska's coach, passing Tom Osborne for the most wins at the school in a coach's first seven years.

But Nebraska lost 10 games by 20 points or more since 2008, Pelini's first season, and allowed 45 points or more in six games since the Huskers joined the Big Ten in 2011.

Pelini replaces Eric Wolford, who was fired last month after going 31-26 (18-22 in Missouri Valley Conference games) over five years. The Penguins were a Division I-AA (now FCS) powerhouse when Tressel coached them from 1986 to 2000 but have made the FCS playoffs only once since 2000.

A week ago, ESPN's Brett McMurphy reported that Pelini was considering taking the job at Youngstown State.