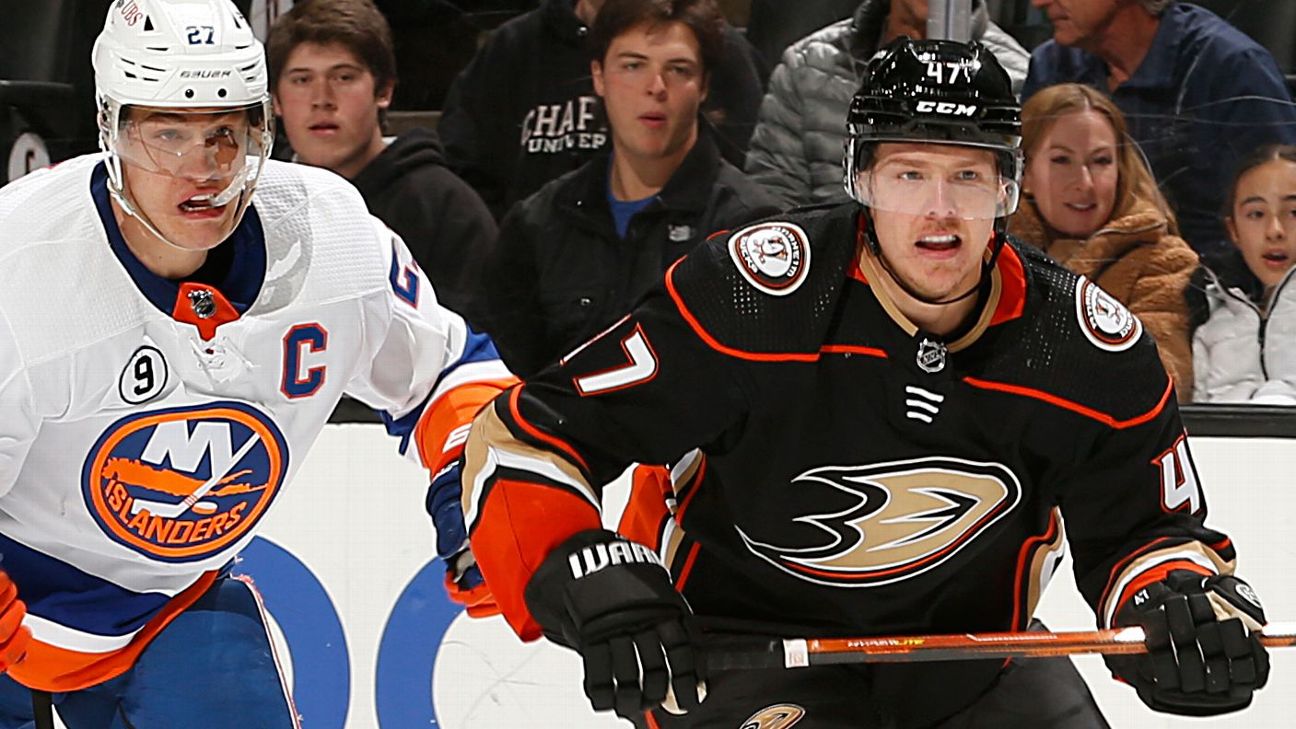 The Anaheim Ducks, under new general manager Pat Verbeek, continued to deal on Saturday, sending defensemen Hampus Lindholm and Kodie Curran to Boston for a 2022 first-round pick, a 2023 second-round pick, a 2024 fourth-round pick and defensemen Urho Vaakanainen and John Moore.

As part of the trade, Anaheim retains half of Lindholm's $5.2 million cap hit.


Lindholm, 28, was set to become an unrestricted free agent this summer. He was Anaheim's sixth overall pick in 2012 and has patrolled their blue line since, while collecting 222 points in 582 games. Verbeek had spoken with Lindholm on the possibility of an extension, but as Anaheim continues to rebuild, the sides couldn't reach agreeable terms. Boston is expected to try signing Lindholm to a long-term contract as well.

"Hampus has been a fixture with the Ducks for years, which we value and respect," Verbeek said in a statement. "That said, we are very pleased with our return. As I've stated since arriving in Anaheim, our goal is to continue building a team that can compete for the Stanley Cup for the long haul. Adding players and assets that fit in the age group of our existing younger talent sets us up well for the future."

Curran, 32, is a career minor-leaguer who has never played in the NHL. He signed with Anaheim as a free agent in 2020.


Vaakanainen was the Bruins' first-round pick (18th overall) in 2017. The 23-year-old has appeared in 31 NHL games to date, with four assists.

In exchange for Boston parting with several future assets, the Bruins got a top-four defender in Lindholm and some cap flexibility by including Moore in the swap. Moore, 31, has one year remaining on his five-year, $13.75 million contract and has appeared in only seven NHL games this season.

The moves made by Bruins general manager Don Sweeney suggests he wants his club to make another push into this postseason. Captain Patrice Bergeron is 36 and a pending UFA and top-line winger Brad Marchand is 33. This could be a final chance for Boston's long-standing core to chase a follow-up to their 2011 Stanley Cup victory.