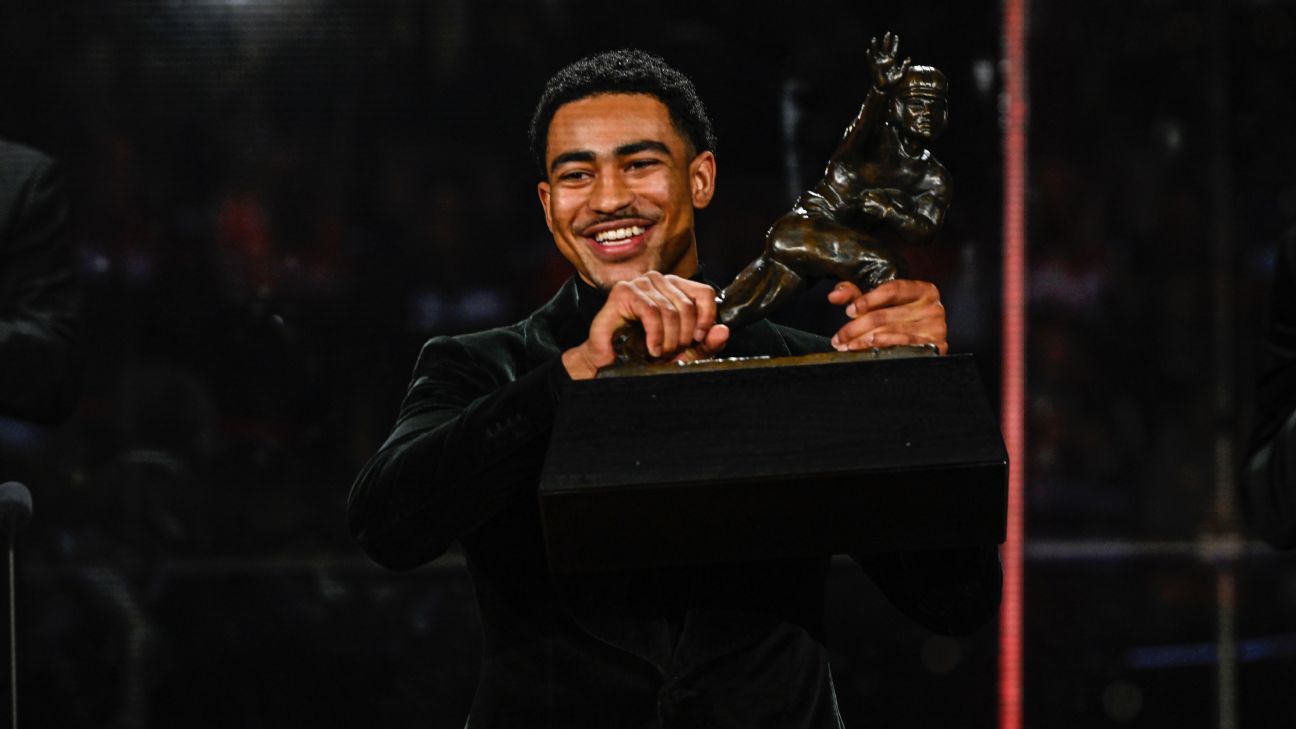 He won the Maxwell Award Thursday night, which is given to college football's player of the year, and that was just the beginning of what was to come for the sophomore signal-caller.

Smith, a current Philadelphia Eagles receiver, surprised Young, who is a Philadelphia native, with a custom video congratulating him on the new hardware.

"Some people might have forgotten your first touchdown pass at Alabama," said Smith. "Little did they know, that pass was from one Heisman winner to another."

Smith showed love to his former teammate after his victory. Young's first touchdown pass at Alabama was to Smith.

Overall, it was a major talking point throughout the night:

Here's a look at the elite group of dynamic duos that Smith and Young joined:

Larry Kelley was the first winner of the Heisman Memorial Trophy, which was originally named the "Downtown Athletic Club Trophy." Kelley was a two-way player that won primarily because of his offensive contributions, but one of his career-defining moments happened on defense.

In an October 1936 game against Navy, Kelley accidentally kicked Midshipman running back Snead Smith's fumble, then recovered it. The turnover led to Clint Frank scoring the game's deciding touchdown two plays later as the Bulldogs won, 12-7. Frank went on to capture a Heisman of his own in 1937.

A year after finishing third in Heisman voting as a sophomore, Felix "Doc" Blanchard became the first junior to win the award in 1945.

He was also the first service academy player to take home the trophy.

"Doc Blanchard was the best built athlete I ever saw," said former Army Coach Earl "Red" Blaik in his book 'You Have to Pay the Price'. "For a big man, 'Doc' was the quickest starter I ever saw, and in the open he ran with the niftiness as well as the speed of a great halfback...."

That same year, his partner in the backfield, Glenn Davis, finished second, making it the only time players from the same school have finished in the top-two for Heisman voting.

"He was emphatically the greatest halfback I ever knew," wrote Blaik of Davis.

Blanchard and Davis, dubbed "Mr. Inside and Mr. Outside,"formed perhaps the most famous backfield in college football history as they led Army to three consecutive unbeaten seasons.


"Mr. Outside" won the Heisman in 1946 and has the second-most rushing touchdowns in a single season (43) for Army.

When Matt Leinart first came onto the scene at USC, he was 2002 Heisman winner Carson Palmer's backup. He earned the starting role in the following season and brought the trophy back to Southern California in 2004 after leading the team to an undefeated season and BCS title.

Teammate Reggie Bush had one of the most memorable college careers of all time and was the next Trojan to hoist the trophy. Despite losing to a Vince Young-led Texas Longhorns team in the BCS title game, Bush finished 933 points ahead of Young in Heisman voting.

However, Bush gave the award up in 2010 after an investigation revealed that he accepted cash and gifts during his tenure with USC. Other sanctions from the investigation mandated that Bush disassociate from USC, a two-year postseason ban for the school, 14 vacated victories (including the 2004 BCS national championship) and the loss of 30 scholarships.

College athletes were officially granted rights to profit off their names, image and likenessearlier this year and Bush has been vocal about wanting his records reinstated and Heisman returned.

After walking on and winning the starting quarterback position at Texas Tech in 2013, Baker Mayfield followed the same formula when he transferred to Oklahoma. Due to transfer rules, he sat out the 2014 season, but finished fourth and third in the next two Heisman votes before winning in 2017. He produced the highest passing efficiency rating in FBS history, per Heisman.com.

Kyler Murray took over under center for the Sooners after Mayfield departed, and continued an impressive stretch of quarterback play for Oklahoma. In his sole season as the starter he accounted for nearly 5,000 yards of total offense and over 50 touchdowns. In 2018 he beat out Tua Tagovailoa and Dwayne Haskins to secure back-to-back Heisman winners for Oklahoma. 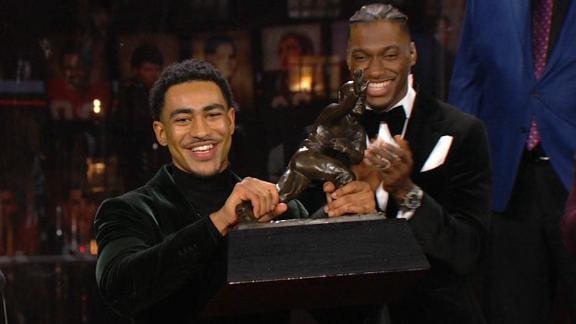